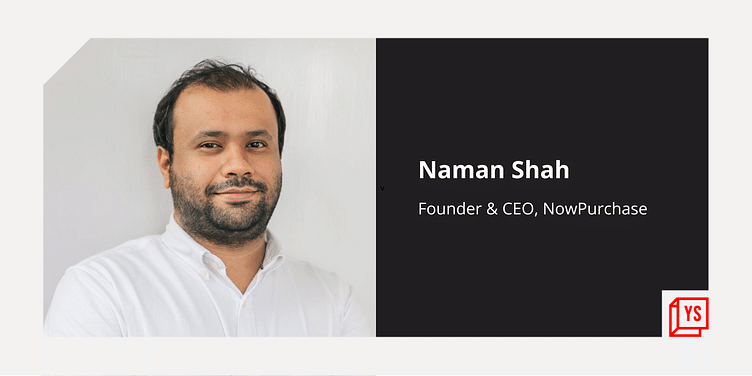 Kolkata-based NowPurchase plans to use the funding to expand its procurement business by establishing a global supplier base, expanding into other parts of India, and strengthening its technology team.

Naman, along with his cousin Aakash Shah, launched the startup in 2017 with an initial capital of $300,000 from family business Nipha Group.

With the latest round of funding, the Kolkata-based company plans to expand its geographical presence in the country including Gujarat, Maharashtra, Karnataka, Tamil Nadu and Delhi NCR and also increase its supplier base, adding global suppliers in its portfolio, to provide more efficient materials, Naman said. It has already added a supplier in Turkey.

“We've been at it for around four years. But in the last two years, since a pivot, things have been going really well. We are very excited to bring on board a set of investors who are specific to the seed stage, but also think long term,” said Naman.

NowPurchase started as a B2B horizontal ecommerce platform that helped companies across various industries but pivoted to the metal manufacturing market starting December 2019.

“We realised that we are not being able to differentiate enough or become a real procurement partner for our customers, where they value us beyond just the price and delivery. We wanted to become a critical piece of their supply chain,” Naman added.

The startup decided to work with foundries (factories for casting metal) in West Bengal, where the company already had a presence.

Over time, during the pandemic, it saw another opportunity in helping manufacturers improve their efficiency and productivity. This led NowPurchase to build manufacturing intelligence software to help small and medium businesses decide how to use their raw materials efficiently to make their end product.

Ankan Adhikari, who had previously founded Pyoopil Education and later sold it to upGrad in 2016, helped to build the startup's tech offering as its Chief Technology Officer since January 2021.

“Digitising procurement is a critical milestone and one of the most important gaps that remain to be filled in India's manufacturing sector,” Vinit Bhansali, Senior Vice President at Orios Venture Partners, said in a statement at the time of the funding, “NowPurchase's tech-first platform will be a game-changer in this space.”

The startup claims to have 100 customers at the moment including Kejriwal Castings, TATA Metaliks, MBK Castings, Crescent Foundry, AMIK Metals. About 65-70 of them place orders every month, the company said.

Going forward, it plans to add more functionalities to the product, build its technology team, and work on its adoption and scale, and grow its business three times by volume by December 2022.

In addition, NowPurchase expects to grow to a 100-member team by the end of 2022 from about 35 at the moment.