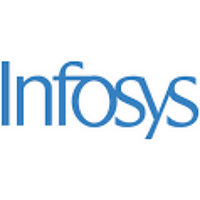 Infosys’ Sharmistha Adhya on diversity, inclusion, polarisation, and factors crucial for women to achieve success in the workforce 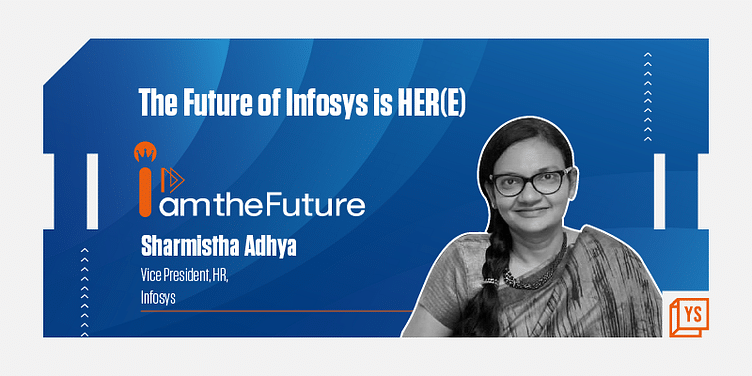 “I want to be in an environment of constant change and I want to lead that change,” shares Sharmistha Adhya, Vice President, HR, ﻿Infosys﻿. Curious and unperturbed by challenges and ambiguity, Sharmistha credits her learning-oriented mindset to the early influences of her life.

Growing up with a scientist father and mother, a high school science teacher, Sharmistha was exposed to an environment where education held utmost importance. As a result, she was encouraged to seek knowledge outside of the classroom. “My mother ingrained into me that education is the only road to success. Today, I have replaced education with constant learning,” she says, reminiscing how her parents always encouraged her to tackle problems with a scientific approach, and never stop the pursuit of learning.

Talking to YourStory as part of the ongoing ‘I am the future’ series that celebrates successful women leaders at Infosys, Sharmistha opens up about the challenges, milestones, and learnings she has gathered in her career spanning over two decades, along with the influences her upbringing and environment have had on her understanding of leadership, diversity, and inclusion.

From an early age, Sharmistha was heavily influenced by women leaders such as Indira Gandhi and Margaret Thatcher. Strong women characters that were a part of Rabindranath Tagore’s novels also left an everlasting impression on her mind.

“There were also certain shifts happening in society around the time; events and conversations around the Mandal Commission and Babri Masjid. I was always very opinionated, so I knew I had to take particular stands [on the matters that were polarising the society]. I also recall holding the Preamble very close to my heart. Words like equality, fraternity, secular were a part of my conversations,” she says, recalling how the divisiveness in society helped her become more inclusive.

Striving for diversity and inclusion

Growing up in a family of strong and educated women, Sharmistha confesses that it took some time for her to develop an understanding on the issues around gender diversity. “While I was fully aware and had a nuanced stance on the issues that were polarising the society … I didn’t view gender diversity and inclusion as an immediate problem statement because I was always surrounded by strong and educated women,” she recalls.

The low participation of girls during her time in college didn’t bother her because she “felt inclusive” and thought that girls probably aren’t making similar choices. It was only when she stepped into the corporate world, that the issue became ever more apparent to her. “I continued to be the only woman in the room for a very long time. It was only later that it dawned upon me that there are larger issues at play for lower participation of women, especially in the senior roles,” adds Sharmistha.

To address the issue of gender diversity, Sharmistha believes that all the learning begins at home. It is parents who lead by example through their speech and behavioural patterns, and that’s how children mirror them.

“What stance are you taking on the polarising issues prevalent in the society today? How are you reacting to conversations around the colour of the skin, what a person eats, wears, their sexual orientation?? How much participation does a mother have in the decisions around purchase of a house or a car? Kids pick up cues from such conversations and behaviours,” she explains.

From being an introvert to a champion for women in leadership, Infosys’ Nandini S finds opportunities in adversities

Learning is a continuous process

Stressing on the importance of networking to increase one’s circle of influence, Sharmistha mentions that she found a safety net at Infosys, where she could not only experiment with different jobs and roles, but also could confidently approach her male peers, asking them to “include” her in their coffee breaks and informal meetings. She feels it’s crucial for women to be upfront and step out of their comfort zone.

“It is also important to take risks in your career to develop a holistic body of work and learn new things from everyone, every interaction, and every cross-functional project,” tells Sharmistha while talking about the time when she decided to move to HR from delivery (a role steeped in software development) because she felt her learning stopped.

She also shares other achievements that she was able to claim because of her risk-taking appetite. In 2000, Sharmistha visited the Netherlands, the second person to do that from Infosys, to expand the business footprint in Europe. Another experience that acted as a catalyst in her professional growth was a client management opportunity in Germany, during which she had to be stationed in the country to mitigate escalations and turn it around. This happened soon after her son turned one, and she had to leave him with her parents to shift to Germany for six-seven months. Currently, her biggest passion is delivering employee experience through digital transformation.

“Never give up on your aspirations,” says Sharmistha with much conviction. Even if you put it on the backburner sometimes because of other priorities in life, never let go of the opportunities. Sharmistha feels immense joy when she sees women returning to the workforce post maternity breaks. “Keep the flame alive, that will light up the path for you,” she says, signing off.