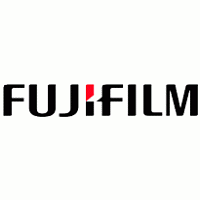 Innovation, and commitment carve out sustainable solutions for healthy living 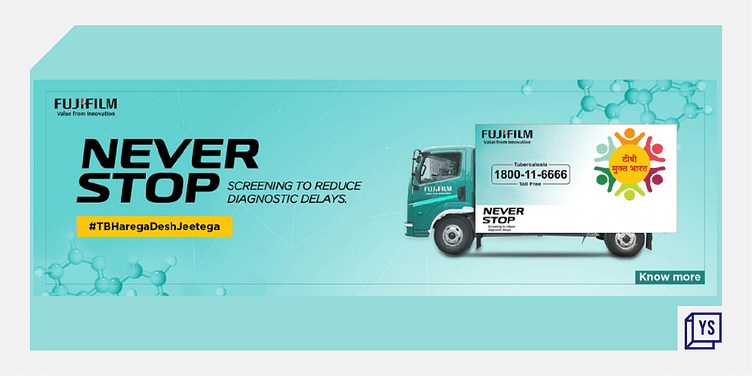 Stressing the importance of early detection to prevent delays in treatment, Fujifilm’s TB Campaign drive aims to spread awareness about TB as a curable disease in India.

Resting on innovation while striving to curate a better and sustainable world makes it more habitable for its inhabitants. Taking a cue out of that, Fujifilm’s NEVER STOP campaign highlights its ever-growing contributions towards a more healthy and sustainable society.

Highlighting the importance of early detection, and screening of tuberculosis to prevent delays in treatment, Fujifilm’s TB Campaign drive aims to spread awareness about tuberculosis being a curable disease, especially in the marginalised sectors of India.

At eighty-seven and counting, ﻿Fujifilm﻿ boasts of a legacy that most companies would dream about. While we mention Fujifilm, the first thought that surpasses the mind across the mind is the company being a photographic film manufacturer. However, in the years that have gone by, it has transitioned itself to a company that contributes to resolving social challenges through wide-ranging business fields.

To delve deeper, the company’s newest NEVER STOP campaign brings this thought to the forefront as it works towards making this world a better place. Since its global inception in 2018, the NEVER STOP campaign has consistently delivered on its goal of raising awareness of Fujifilm's commitment to achieving sustained corporate growth and to “Never Stop” innovating on expertises.

Thus, commenting more on the company’s commitment and vision towards a sustainable world, Mr. Koji Wada, Managing Director, Fujifilm India, added “Fujifilm India has always been at the forefront of healthcare innovation. For us, it has been about celebrating the ‘Never Stop’ spirit of people and inspiring them to learn the possibilities that good healthcare can bring. We want to shape the future of healthcare in India with our leading technologies, equipment, and solutions and this campaign captures the sentiment perfectly. With the launch of this new campaign, we want to further strengthen our commitment to deliver sustainable products, drive social changes and Never Stop Innovating Solutions for a Better World.”

The 2021 edition of the NEVER STOP campaign emphasises Fujifilm’s focus on healthcare solutions, constantly innovating for a healthier world and a sustainable society.

Innovations for a healthier world

Fujifilm’s latest drive for innovation in the healthcare space continues through preventive healthcare technology. Leveraging the latest technological advancements led by AI and IoT, the company is creating an ecosystem driving precise, intelligent, and accessible solutions oriented towards better outcomes. Besides, its cutting-edge innovation in products like Digital Radiography, Endoscopy, Ultrasound, and Healthcare IT, where the latest additions now include MRI and CT systems leverages its imaging technologies to enable earlier detection of disease.

TB is a curable disease

Fujifilm India Pvt Ltd, a pioneer in diagnostic imaging and information systems for healthcare facilities, has launched a brand new campaign under their NEVER STOP Campaign’s TB Drive. Aimed to increase awareness, and eliminate the spread of tuberculosis (TB) in India, the campaign was curated and conceptualized by Group M along with the support and collaboration of other partners like Apollo Tyres Foundation, Ambuja Cement Foundation, GAIL India, and the TCI Foundation. To amplify the reach of the campaign, and make it available to a wider audience, the video has premiered on Fujifilm India’s official YouTube channel and is promoted on various digital media channels, and print media to create and spread awareness about tuberculosis.

Tuberculosis (TB) is a potentially serious infectious disease that mainly affects the lungs. Thus, a delay in diagnosing tuberculosis spreads the disease, thereby aggravating the chances of death. While TB is a severe disease, it is also completely curable if treated for at least six months with the approved four-drug combination.

Fujifilm’s campaign sheds light on the major causes of TB, the growing need of creating awareness, and its contribution to the elimination of TB in India. The campaign, titled "Never Stop: Screening to Reduce Diagnostic Delays", strives to organise the marginalised sectors of society to put up a fight against this deadly disease by providing door-to-door awareness. The campaign also aims to raise awareness about TB as a curable disease among hard-to-reach groups, ultimately improving people's quality of life.

Fujifilm India has successfully launched the campaign in collaboration with the National TB Elimination Programme (NTEP). The plan is to reach twenty-seven cities for nine months, keeping in line with the government's goal of making India TB-free by 2025. The NTEP will assist with TB testing, and distribute TB medicines under the programme parameters through its existing lab network.

Through the United States Agency for International Development (USAID iDEFEAT TB Project), the International Union Against Tuberculosis and Lung Disease (The Union), which is a global leader in lung health, will provide technical assistance. Fujifilm will also resort to Qure.ai's artificial intelligence technology to deliver a fast interpretation of mobile digital X-rays.

Fujifilm’s campaign is also a part of the 'Corporate TB Pledge (CTP)', which is a USAID-supported programme initiated in 2019 with the Government of India to motivate India's corporate sector to combat tuberculosis, promote TB awareness as a curable disease and, ultimately, improve TB health outcomes.

Committing to its social responsibility, Fujifilm India has pledged to help eradicate tuberculosis, and is delivering on its commitment through pamphlet and poster handouts, organising pre-event buzz, and utilizing local languages to deliver the message.

As per reports, the campaign has reported 7,21,107 people who have got their screening done at the mobile van and shared a total of 8,104 X-ray reports in 6 months. Fujifilm’s TB van has pan-India access and has reached cities listing Delhi, Dadri, Dehradun, Haridwar, Haldwani, Rudrapur, Agra, Pata, Mainpuri, Gwalior, Kanpur, Raebareli, Varanasi, Patna, Farakka, Bhatapara, and Sankrail since August 2021. Further, the van will continue to cover cities such as Chandigarh, Ludhiana, Bhilwara, Nalagarh, Kolkata, Indore, Haldia, Jalandhar, and Jaipur over the coming weeks.

Delving deeper into the success of the campaign, Mr. Koji Wada, added “Fujifilm has always been committed to the betterment of the world, and has immense respect for human lives. With the NEVER STOP: SCREENING TO REDUCE DIAGNOSTIC DELAYS campaign, we are taking our commitment to the next stage and bringing care to the people who need it most. The campaign has seen tremendous success since its launch, and now we are even more determined to Never Stop while making the world a healthier place.”

In every industry Fujifilm enters, it tries to leverage and adapt its knowledge, expertise, and resources to make the world a better place. The brand is relentlessly working to provide consumers and communities with technologically advanced products to address their needs and lifestyle. Thus, with the launch of this new campaign, Fujifilm India is further strengthening its commitment to deliver sustainable solutions to the masses, while NEVER STOP INNOVATING for a Healthier World.