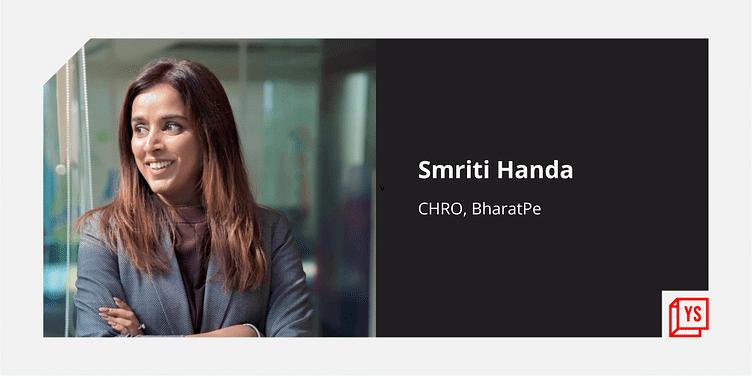 In her new role, Smriti Handa will work with the senior leadership and will be responsible for strengthening the company’s culture

Fintech company ﻿BharatPe﻿ has announced the appointment of Smiriti Handa to the post of Chief Human Resources Officer (CHRO) as the company deals with complaints of non-payment of salaries for the month of March and non-payment of dues to retrenched employees.

In her new role, Smriti Handa will be responsible for strengthening the company’s culture and HR practices, working closely with the senior leadership. She joins BharatPe from British multinational consumer goods entity Reckitt where she served most recently as the Global Talent Acquisition Director.

Smriti takes over from Jasneet Kaur who served as the CHRO of BharatPe till September 2021 and moved to Philip Morris International since. The company has seen high profile exits, and gone through a cycle of retrenchment since earlier this year.

Earlier this year, Co-founder and former Managing Director Ashneer Grover resigned from the company on March 1 following a very public battle with the company board which had instituted a third party audit of the company, based on allegations of financial wrongdoing and fraud by the Ashneer.

His wife, Madhuri Jain, was terminated by the board from the company in February. She served as the Head of Controls at the company and was said to have colluded with her brother for financial fraud at the company.

The company has also said that it was looking to hire a permanent CFO after it appointed an executive from Alvarez and Marsal to the post in the interim, following reports on financial wrongdoings at the company.

The company has been witness to a public spat on social media between Ashneer and the board members, as well as current CEO of BharatPe, Suhail Sameer. Recently, Ashneer wrote to the board of BharatPe demanding a written apology from CEO Suhail Sameer for ‘defaming’ him on social media platform LinkedIn when a former employee flagged that he wasn’t paid his dues after being terminated by the company.

On Sunday, Sequoia Capital, which is the largest shareholder in BharatPe with 19.6 percent stakes said in a blog post, “We will take tough calls where needed in the interest of doing what is right,” without naming BharatPe directly.