In its first offline investor meetup, Soonicorn Ventures introduces ‘Funds as an Offering’ 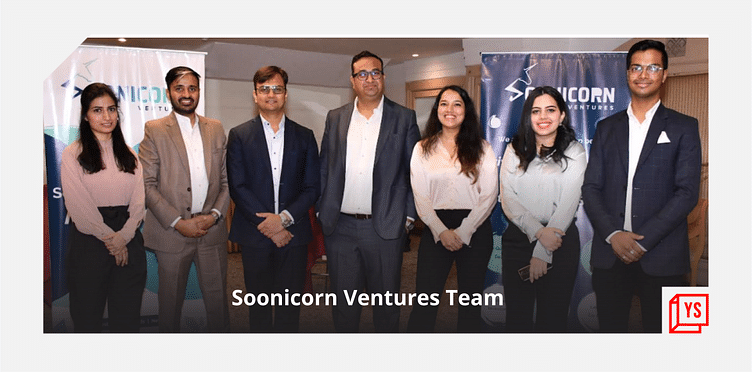 Members can now commit and allocate their investments in a venture capital fund as a Limited Partner by simplifying the on-boarding process via a digital solution.

Members can access pre-screened startup deals through SV, with the opportunity to co-invest with other members.

The purpose of this get-together was to propose venture funds as a new investment option within the network, referred to as "Fund as an Offering." Members can now commit and allocate their investments in a venture capital fund as a limited partner, with it simplifying the on-boarding process via a digital solution.

Ev2 Ventures, an India focussed early-stage micro VC, investing across the smart mobility sector to achieve impact at venture scale, was the first to be announced at the event - targeting investing in sectors such as electric vehicles, transportation and logistics, agri supply chain, warehousing tech and micro-mobility. Managed by Karan Mittal, the fund already has three investments that are at an IRR of around 90 percent, and is looking to achieve final close via SV in the next couple of months.

WorldV Fund, an early-stage VC represented by Shailesh Churiwala and Rajiv Semwal, was the second fund which was announced during the event. The fund aims to invest in the technology driven (B2B/B2B2C) startups in India, the United States, Israel, Bangladesh, and Southeast Asia. The fund looks for the final closure by the end of Q1 2022-23 via SV.

"The goal of establishing SV is to democratise the private equity investing market. Members of our network should also be able to find and invest in high-potential startups and funds,” said Vijay Singh Rathore, Co-founder and CEO, SV.

"We're focusing on bringing like-minded people in the community together to network and invest together," he added.

SV also addressed its technology plan. SV launched the industry's first WhatsApp bot, which allows investors to search for active deals, events, and forms, as well as receive updates and communicate with the SV team. This provides members with a one-to-one contact channel as well as self-help convenience. SV also created the “One Link Deal Summary”, which allows investors to get all of the pertinent information about a deal with just one click.

With the hybrid (Online and Offline) approach of engagement, SV focuses on retaining the personal touch while assisting in closing deals digitally. SV team also helps in deal related affairs like due diligence, valuation, legal documents and portfolio management to its members.