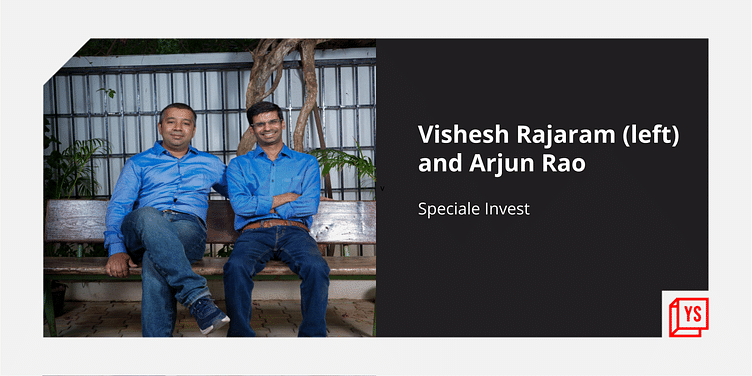 Speciale Invest had an initial target of Rs 140 crore for its second fund and final closure reveals strong commitment from its investors.

Speciale Invest, the domestic micro VC fund which specialises in investments into deep tech and SaaS startups, has raised Rs 286 crore in the final closure for its second fund, much beyond the initial target of Rs 100 crore.

In April 2021, Speciale Invest had announced the launch of its second fund raising Rs 140 crore. The first fund of this VC firm, which was founded in 2017, was Rs 60 crore in size and made 18 investments at the seed and pre-seed stages.

Given the participation of investors in this fund, Speciale Invest will utilise the second fund for making follow on rounds into its existing portfolio of startup investments while a majority of the investments will be into new startups. It expects to make around 20-22 new investments from the second fund spread over four to five years.

Vishesh Rajaram, Managing Partner at Speciale Invest, said, “Deep tech startups are making progress in the country and it is slowly getting into the mainstream.”

Speciale Invest has backed startups such as ﻿Agnikul﻿, ﻿The ePlane Company﻿, ﻿CynLr﻿, ﻿QNu Labs﻿, ﻿GalaxEye Space﻿, ﻿Wingman﻿, StreamAlive, Airboxr, ﻿Trainn﻿, ﻿Uravu Labs﻿ among others. According to Vishesh they have had three exits and a couple of them managed to raise their next round of funding.

The investors in the second fund of Speciale Invest are predominantly from India.

How this angel investor turned into a venture capitalist

Vishesh said, “The belief our LPs have placed in us is indeed Speciale and allows us to function as long-term business partners to our founders. The oversubscribed closure of our second fund reaffirms the opportunity ahead for deeptech in India and our commitment towards working with entrepreneurs to solve hard technology problems for the world from India.”

Speciale Invest typically invests around $0.5 million in each startup and this funding amount is expected to be in the same range even with the second fund. It is focused on investing in start-ups building enterprise software products including SAAS, Developers tools and frontier technologies including climate, advanced materials, space tech, robotics, photonics, and alternative energy, to name a few.

Arjun Rao, General Partner at Speciale Invest, said, “As we move forward, we take the learnings and progress from our previous and existing fund portfolio as motivation and will continue to partner with early-stage founders who have unique and deep insights into their vision and have products and tech that will make the world simpler and better.”