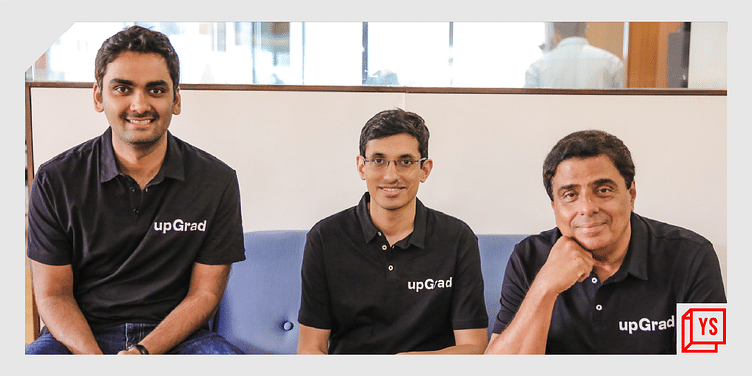 Talentedge was valued at Rs 205 crore ($27 million) and the near 100 percent share swap transaction was done at an upGrad value of $2 billion.

Edtech major ﻿upGrad﻿ has confirmed that it has integrated all of Talentedge’s business with itself.

Talentedge will continue to operate under its own name as its owner Sekhsaria Family Office has taken a stake in upGrad. At the time of the transaction, Talentedge was valued at Rs 205 crore ($27 million) and the near 100 percent share swap transaction was done at an upGrad value of $2 billion.

Early in December 2021, upGrad had announced that it had entered into an exclusive agreement to acquire Talentedge﻿ (i.e., Arrina Education Services, the Holding Company of Talentedge Education Ventures Private Limited).

“The coming together of Talentedge with upGrad cements our leadership position in India’s LifeLongLearning market and we see great synergies, cost savings and our ability to scale and consolidate,” says Mayank Kumar, Co-founder and MD, upGrad.

Edtech startup Talentedge has partnerships with universities for degree programmes, and also for working professionals. In the coming financial year, Talentedge is slated to cross a gross revenue of Rs 150 crore ($20 million), the company said.

“Talentedge has created a strong business for itself over the last decade and we are very happy to join forces with upGrad to scale this together to new heights. We have a deep belief in the future of Edtech. Talentedge integrated inside upGrad will be a formidable combination that will be very value accretive for both” said Narayanan V who leads Private Investments at the Sekhsaria Family Office, 100 percent owners of Talentedge.

upGrad Abroad aims to become the largest name in overseas education in South Asia; outlines revenue target of $130M for 2023

Founded in 2015, upGrad is a LifeLongLearning tech company with a learner base of over 2 million across more than 100 countries and over 300 university partners and an enterprise business with a client base of 1,000 companies worldwide. The startup has offices in the UK, U.S., Middle East, India, Singapore, and Vietnam.

For the financial year ending March 31, 2022, upGrad reported it's turning a profit, spurred by a 150 percent growth in year-on-year revenues and a stable 70 percent gross margin, across all its income streams. The startup surpassed $300 million in Annual Revenue Run-rate.