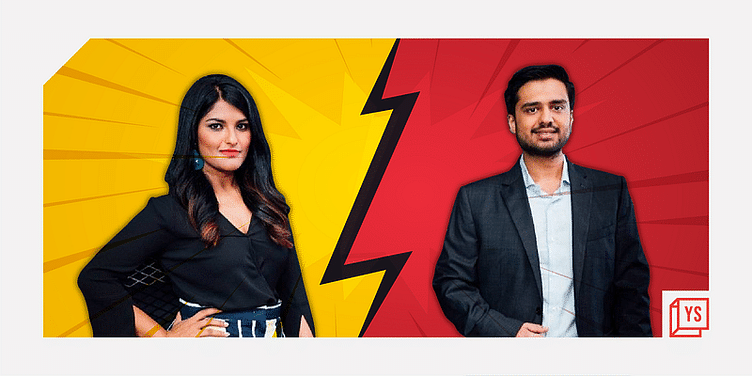 While ecommerce startup Zilingo has recently been in the news for all the wrong reasons — CEO suspension, harassment issues, and board resignations — its problems may have a lot to do with the deep divide at the top.

The developments at ﻿Zilingo﻿ are getting curiouser and curiouser.

What began as a CEO suspension saga quickly turned into an alleged harassment issue before metamorphosing into a corporate governance problem that claimed some major scalps in the fashion ecommerce startup’s board.

But these are just the symptoms of the ills plaguing Zilingo. Trouble began, if company insiders are to be believed, much earlier with the complete breakdown in the relationship between the co-founders, leading to a turf war that is threatening to leave a trail of devastation in its wake.

Yes, all startup co-founders have disagreements. In fact, most of the time they are a sign of a healthy exchange of ideas that is beneficial to the growth of a fledgling company.

But at Singapore-based Zilingo — once considered a jewel in venture capital firm Sequoia’s portfolio — they have created a vertical split in the middle with the supporters of the suspended CEO Ankiti Bose on the one side and those backing her Co-founder Dhruv Kapoor, and the senior management, on the other. YourStory reached out to the current Zilingo management and Ankiti for the story but they declined to comment.

“Currently, the factions are significantly divided,” says a source who did not wish to be identified. “And each one internally is scared to talk to the other side…. All in all, it is the company that is suffering and the 500-odd employees of the organisation.” All employees — current and former — that YourStory spoke to for this story declined to be identified due to the sensitive nature of the topic.

Such a split causes immeasurable damage. “When founder differences cannot be reconciled because of a false sense of ego and the conflicts begin to spill into the open, it is fatal not just for the company culture but even to the survival of the company,” says TN Hari, startup management expert and co-author of From Pony To Unicorn: Scaling a Start-Up Sustainably. “Such differences impact a startup's ability to make the right strategic choices as well as the day-to-day operations.”

The issues at Zilingo came out in the open after the Board suspended CEO Ankiti over alleged discrepancies in accounting. But several sources that YourStory spoke to claimed that the suspension was retribution for bringing harassment complaints against top company officials.

What followed were claims and counterclaims that supported the two factions in the startup. While those who supported Ankiti allege that she has been facing harassment for close to two years and had informed her co-founder Dhruv, who is also the chief technology officer, about it, the other side says that the complaint was more recent and that everything is being done according to the law.

The Zilingo board in a statement to YourStory said an independent firm is currently investigating the matter. It further stated:

“Several days after her suspension on March 31, Ankiti Bose brought to the board’s attention, for the first time, certain work culture and harassment-related issues pertaining to past time periods. For the sake of clarity, no harassment complaints are made against investors or their nominees. The Board is committed to following due process to look into all related events from the past which have now been brought to their attention.”

But several sources who support Ankiti told YourStory that Board members were verbally informed about the harassment on several occasions but no action was taken.

However, according to a statement shared with YourStory, the Board said - "Investor nominees on the Board were not made aware of the harassment claims at all, until after Ankiti Bose was suspended."

All this again highlights the deep schism at the top and the breakdown of communication at Zilingo.

Is Zilingo CEO Ankiti Bose’s suspension an attempt to hush her harassment complaints?

A marriage of convenience

Who is to blame for this mess? Ankiti, Dhruv, or the investors? Well, as is the case with most conflicts, the answer would depend on which side you speak to. It’s also not clear when exactly the rift between the two co-founders began. But several company insiders told YourStory that while there always had been minor disagreements, things came to a head with the pandemic and the resultant stress it put on Zilingo’s business.

Fashion, as a non-essential category, was hit particularly hard by the disruptions brought by COVID-19. Supply chains were broken, factories shut, and the fact that Zilingo depended a lot on the Southeast Asian market that enforced strict lockdown measures for close to a year meant that the Zilingo top management had to weigh and debate each decision carefully.

“Disagreement with plans and ideas was always a challenge. But during this time, if we disagreed with anything, matters became all the more worse,” says a former employee. “And conflict wasn’t handled in the right spirit.”

Others say troubles began even earlier in December 2019 when Zilingo bought Sri Lanka-based software-as-a-service (SaaS) company nCinga Innovations for $15.5 million to improve the supply chain and manufacturing processes of its customers.

Ideally, the deal would have opened up new markets for Zilingo. But the two co-founders differed on how the acquisition should be handled. Added to this was the issue of a Sri Lankan employee who made Ankiti uncomfortable with his barrage of messages.

“One of the individuals on the nCinga team had started taking a deeper interest in Ankiti and was keen on working with her. However, the volley of messages she received from the individual had made her significantly uncomfortable,” says a source in Zilingo. “At one point, it seemed like he was stalking her. So she refused to engage. However, the Co-founder (Dhruv) and senior management would keep arguing there was nothing wrong with him. The push and pull lasted for some bit before the individual was asked to leave.” This episode, her supporters say, left Ankiti feeling bitter.

But those who support Dhruv and the management claim that action was initiated immediately and the employee could only be asked to leave after due processes were completed. They point out that this could have taken some time.

Another bone of contention that pulled the co-founders further apart was the multi-category longtail businesses in Southeast Asia. “While one founder (Ankiti) wanted it to be discontinued as it was loss-making, the other (Dhruv), continued to believe in the project,” says an employee who was privy to the conversations.

But, if truth be told, the co-founders were never close. It was more a marriage of convenience that brought them together rather than their personal rapport. “They two are different people and the way they operate things is very different,” says a company employee.

“While Ankiti would run the operations and (is) the brain, Dhruv would ensure the tech systems ran smoothly, he was the executioner in some sense. Initially, they had that understanding, but later, with the pandemic… the rift started widening.”

A former Zilingo employee agrees. “While the founders had started the company together, they never really shared a great personal rapport. The show of faith from the co-founders and senior manager at the board meeting was just that — a show," says the former employee on condition of anonymity.

Ankiti got the idea to set up Zilingo in 2015. An analyst with Sequoia Capital India then, she realised during a visit to Bangkok that several small and medium enterprises in the region had fantastic products to sell but did not have the means to reach a wider global audience.

This led to the birth of Zilingo, a fashion and lifestyle marketplace, built for the Southeast Asian market. In the seven years of Zilingo’s existence, it has inched closer to $1 billion valuation, raising over $340 million from the likes of Sequoia Capital India, Temasek Holdings, and Burda Principal Investments as its major investors.

What began as a business-to-customer (B2C) focused startup in 2015 pivoted to become a business-to-business (B2B) ecommerce marketplace by 2017.

“Slowly after this, after the Series C round and towards the Series D funding of $225 million to build the B2B SaaS (software-as-a-service) platform, things started going south,” says a current Zilingo employee. Initially, the disagreements on management styles and handling of issues were fierce but within boundaries. Things, however, deteriorated with the pandemic.

The neutral employees faced the brunt of the fallout. They were worried and confused and mostly chose to remain silent. YourStory spoke to a cross-section of them and their views confirm this. Here are some of the things they said:

“If Ankiti supported someone, Dhruv didn’t support that person. Complaints were made against them.”

“If Ankiti was questioned about something, they simply needed to be fired. There was a problem with dissent, and only people who supported her were allowed to work.”

“In one instance, there was a hire who simply wasn’t performing but since the person was hired by Dhruv, we couldn't say or do anything about it.”

“It is a world of half-truths and passive aggressive behaviour, followed by backbiting. Gossips and rumours were encouraged.”

Different instances, different accusations, but all pointing to one thing — a deep divide at the top. “It's like any relationship. The two founders (and the Board) need to avoid getting to a stage where there are standoffs. And once it gets to this stage it's unlikely that they would be ever sorted,” says Hari, who was quoted above.

A former employee says that there was such a systemic problem about dissent and voicing opinions that many misgivings and wrongs were simply not addressed or brought to the attention of the co-founders or the senior management.

According to several email and text interactions that have been shared with YourStory, there are instances of the co-founders not interacting even for compliance issues.

“During December 2020, and July to August 2021, the senior management and the co-founder and CTO (Dhruv) were simply not available for capital and mezzanine structuring,” says a source close to the developments. “Even contract singing for convertible notes wouldn’t happen on time.” In fact, in one of Ankiti’s complaints, she claimed that her co-founder and senior management were incommunicado.

But the other faction has a different viewpoint. “These are half-truths, the whole truth points out that the senior managers and co-founder were there and the delay was genuinely due to a work emergency.”

There are now reports that the Zilingo Board is discussing replacing Ankiti for good. But whether the news is true or not, one thing is clear: whoever takes over the reins has a stiff challenge and may need to begin by first fixing the culture at Zilingo.