Ola to scale down food business, integrate it with instant grocery service 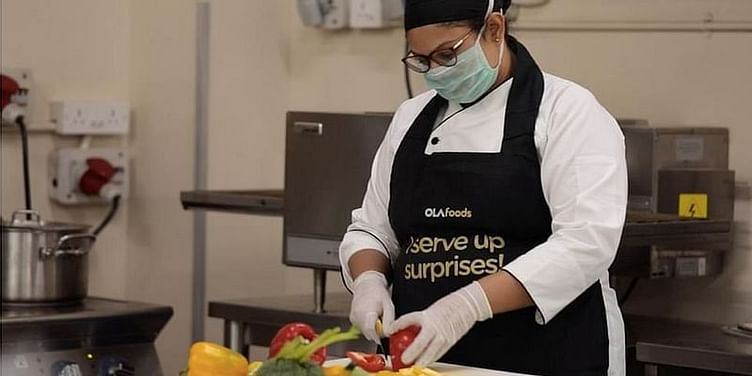 Ola Foods is reportedly planning to cull its expansion plans, with suggestions that it might integrate the operations with Ola Dash, its 10-minute grocery delivery service. The cloud kitchen service currently operates brands such as Khichidi Experiment, Bowlsome, Gulpp, and more.

According to a report in the Economic Times, the company is planning to sell off its kitchen equipment at a high discount.

“It is not like they are out to sell the business or the brand… but if you are looking for a buyer for the machines, equipment, and assets, then it means it is not a priority,” said a source to ET.

The cloud kitchen subsidiary had ambitions of running over 500 outlets in the near future, from a base of just 50 outlets in 2020. However, due to the difficulties in managing these businesses, as well as the management's focus on Ola Electric, Ola Foods was unable to build a sufficiently successful business model for expansion.

The company is looking to integrate its food business with its instant grocery arm Ola Dash, according to reports. It was revealed last month that Ola was trialing a re-entry into the grocery delivery business with Dash, and Ola Foods' businesses in Bengaluru have started to be integrated since last week.

Ola Foods is currently not available on the app in several premium locations in Bengaluru, although it has been reported that many Ola Foods brands have already pulled their services from Swiggy and Zomato to avoid paying their fees.

Ola has a long history of attempting to build a food business before scaling back ambitions. In 2015, it launched 20-minute delivery service Ola Cafe, but it was shut down. In 2017, Ola acquired food delivery business FoodPanda India, but scaled back their service in 2019.

In the same year, Ola Foods' cloud kitchen service and brands were launched in another attempt to crack the industry, but it seems to have faced a similar fate. Both Ola Foods CEO Pranay Jivrajka and COO Gaurav Srivastava left the company in 2021.