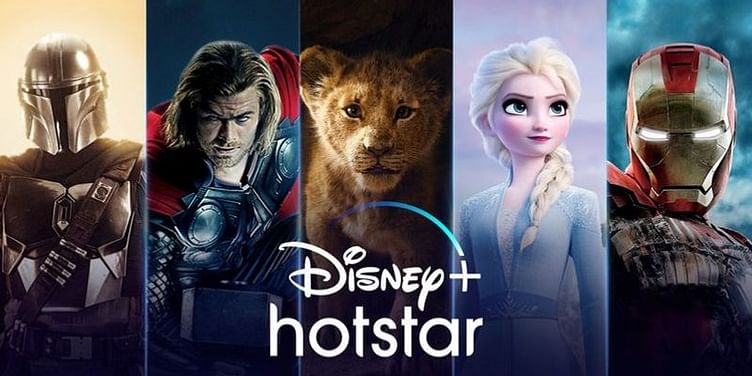 According to reports, Viacom18 bought the digital rights for Rs 20,500 crore, while Walt Disney Co.-owned Disney Star snagged the television rights for around Rs 23,600 crore for the Indian subcontinent.

Viacom18 bought the rights for Rs 20,500 crore while Walt Disney Co.-owned Disney Star snagged the television rights for around Rs 23,600 crore for the Indian subcontinent, according to multiple reports.

The Board of Control for Cricket or BCCI's representative did not comment on the ongoing bidding process. The cricket administrative body, which also runs IPL, started the e-auction on June 12, 2022, and had said it would officially reveal the winners in about a day or two.

"It will be tough times for Hotstar as digital rights have gone to Viacome18. Hotstar would need to go back to planning with a higher focus on non sports. Hotstar was getting significant amount of the subscribers and revenues due to IPL," said Abneesh Roy, executive director, Edelweiss Financial Service, an investment and financial service firm.

Disney+ Hotstar did not respond to a query shared by YourStory while Viacom18 declined to comment.

Unlike 2017, where all rights were consolidated during the auction, this time BCCI has spilt categories into groups such as Category A for TV rights of the Indian sub-continent, digital rights come under Category B, Category C is made up of a non-exclusive package only open to OTTs (over-the-top entertainment platforms), and Category D is for the rest of the world.

As of now, only Category A and B are reportedly sold to Disney Star and Viacom18, respectively. Category C and D are up for grabs in the ongoing IPL rights auction.

IPL was launched in 2008 and the league has ever since attracted fresh viewership looking for viewership away from test matches. The richest professional sports league outside of North America, IPL’s total value was nearly Rs 36,000 crore after the 2021 edition.

In the Indian market, this has led to cricket achieving a cult-like status, consolidating viewership, and the sport enjoying a 94 percent share in media rights, according to Elara Capital.

STAR, under the leadership of Uday Shankar, won the bid in 2017 for IPL's digital and broadcast rights for a whopping Rs 16,347 crore. The Disney-run content house outbid Facebook, which was offering Rs 3,900 crore for digital-only rights, Sony, Amazon Prime Video, and Airtel. The latter three’s bids remain undisclosed.

For the last five years, Disney+ Hotstar has been able to attract millions of cricket-hungry viewers. While the streaming giant did not reveal its viewership numbers, IPL's television viewership had 116 million unique viewers watching the first 14 matches.

But now, with only TV rights to work with an increasingly digital-consuming audience, Disney Star will have to pull up its socks.

“At $3B, Disney will have to capitalise on TV ad growth of 8-10 percent per annum, though growth in broadcast subscription income may be challenged due to rate regulation and growing adoption of connected TVs,” Mihir Shah, Vice President, Media Partners Asia, a Singapore-based research and consulting firm, told YourStory in an emailed response.

For Viacom 18, this bet is fruitful for its new streaming platform controlled by Reliance Industries. "The platform will leverage from gaining Day 1 access to Jio’s 400 million broadband customers. Moreover, the rights value could be justified as the venture aims to address a much larger revenue pool of video, data, and ecommerce,” said Mihir.

To be sure, while IPL was a huge attraction for Disney+ Hotstar, the streaming player currently owns the Star Wars, the Marvel Cinematic Universe or MCU's superhero shows and movies, and the entire Disney catalogue of animated films. These include Moon Knight; Shang Chi; the Avenger's movies, which have been the highest-grossing movies of all time, and spin-off shows; and Ms Marvel, a show about a teenage Muslim American being the latest addition.

Other than this, Disney+ Hotstar also has regional language content including Hindi, Tamil, Telugu, and Marathi, and airs HBO content, including Emmy Award-winning shows like Euphoria, Succession, and Mare of Easttown, making the platform a holistic offering and also at a price point of Rs 299 per month, going up to Rs 1,499 per year.