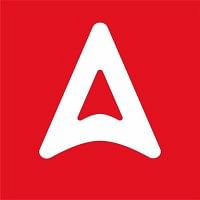 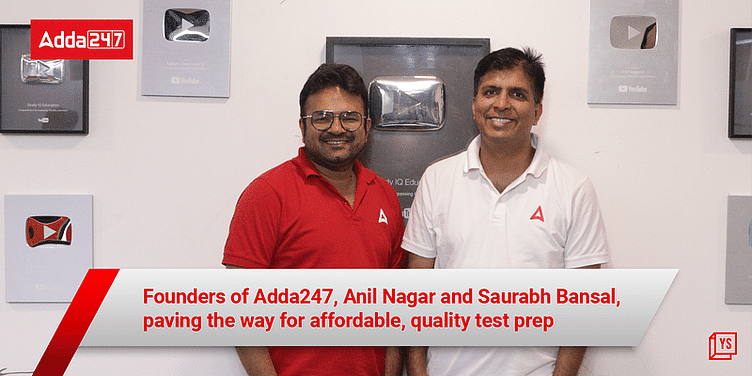 The intangible something in startups, the soul of it can often be sensed by founders. This fosters a sense of deep connection and mutual purpose. As long as the spirit persists, startups remain agile and innovative, spurring growth.

As a business matures, it’s hard to keep the soul or the spirit of the startup alive.

But this is where Anil Nagar from Dankaur, UP and Saurabh Bansal from Tinsukia, Assam, founders of Adda247 have chosen to differ. The duo launched Career Power in 2010 to provide offline coaching classes to students. The company gradually became one of the fastest growing and most successful enterprises across the educational industry with a pan-India presence.

The company underwent a significant transition in 2016 when it shifted to an online learning platform under the name ﻿Adda247﻿. Plugging the gap with respect to access and quality of education, Adda247 is now India’s leading test prep platform catering to the learning needs of approximately 85 million+ government job aspirants across the country, providing vernacular content at affordable prices.

From one centre in Noida to 100+ centres across India

After cracking the IIT JEE exam, Anil pursued B.Tech from IIT BHU. During the process, he realised how difficult it is for a student from a small town to crack these exams with absolutely no guidance. “The quality of primary school education is poor. Many do not get equal opportunities to move ahead in life. After studying at IIT, I worked in the corporate sector for a few years. But, whenever I visited my village, I wanted to do something for people coming from smaller towns,” shares Anil.

While his passion for democratising education always shaped Nagar’s professional choices, it was only in 2015 that things took a turn. When he visited a family wedding in his village Dankaur, he recognised the bride from school. “It was disheartening to see a bright student discontinue her education due to lack of financial support,” he recalls.

Letting go of cushy corporate jobs, Anil and Saurabh decided to start teaching students. They launched Career Power to help government exam aspirants with offline coaching classes. The growth of Career Power led to the opening of numerous centres across India. But the founders quickly realised that reaching people in small pockets required them to go online since the lack of quality test prep was still a major hindrance for many.

“The soft launch of Reliance Jio in December 2015 opened up huge possibilities. We knew internet services would be more affordable and accessible for people in small towns. And students could prepare for exams by leveraging online channels,” shares Saurabh Bansal, Co-founder and COO, Adda247.

Adda247 was launched in 2016 with the sole aim of making quality education and resources accessible and affordable to people in Tier-II, III cities across the country.

“All our offerings are focused on ‘Building for Bharat’ as 85 percent of our user base are from Tier II, III, IV cities. We want to help create a level playing field by providing different types of learning solutions to students from all kinds of backgrounds. The company aims to democratise education by being accessible and affordable to the youth of Bharat,” shares Anil.

Live classes are imparted by full-time teachers, and the learning experience is owned by Adda247 end-to-end, as opposed to having part-time/ freelance teachers or a marketplace model for engaging teaching staff.

“We entered the vernacular space in early 2020 when we launched our courses in four languages — Tamil, Telugu, Marathi, and Bengali. Vernacular as a vertical has grown very rapidly in our company. Currently, we cater to 12 languages and almost all exams in more than 15 states. Our user base in the vernacular segment has grown by more than 10x in the last year,” reveals Anil.

Adda247 is one of very few profitable and sustainable edtech companies growing rapidly in India. But, the growth of the company has not affected the quality of education they offer. To date, what drives the organisation is the love for teaching and the will to bring about change.

The move from offline to online is a major decision the founders took in their entrepreneurial journey. In 2016, there were 100 branches of Career Power in all the major cities in India. Since the vision was to empower more people, the shift to online was inevitable. Adda247 was started from scratch after Career Power, with a new office and a new team.

The edtech company is neither an online extension of Career Power nor a pivot from its offline format. Both brands currently operate under the parent company, Metis Eduventures.

Initial funding was an issue for the team. “It was very difficult since our experience was in offline education and most of the funding was going to online or tech-driven businesses. We had to convince investors that we will be able to build a successful online business just like we had offline,” shares Saurabh.

When it came to building tech and product teams, the organisation required extremely qualified people but it was a challenge to get them to work for Adda247 since they had established themselves as offline players with Career Power.

Saurabh explains that initially the team could bring in a lot of organic traffic to their web/app but conversions were poor. The founders took a two-way approach — they worked on building a highly engaging product with a lot of free content along with paid courses.

“Most of our audience was from smaller towns and villages, they did not understand the product fully since most of the users were first-time buyers of online courses. They needed help in understanding the product, benefits and comparison with competitors,” says Saurabh.

To solve this, we created a strong counselling team, which guided users on taking the right decision in terms of purchasing our products. This worked for us. Our conversion rate increased by more than 5x,” he adds.

Anil highlighted how the organisation has been doing really well in national-level exams and state exams and was still in the initial phases of building the UPSC category. “We realised the UPSC is a very serious category and aspirants generally prepare for 2-3 years before their first attempt. With this, we also realised that it will take a lot of time for us if we want to build the category on our own. Then we came across StudyIQ Education — which is the largest edtech company focussed on UPSC and State PSC in terms of users. StudyIQ YouTube channel has more than 12 million subscribers and produces very refined and high-quality content for UPSC exams,” adds Anil.

Adda247 acquired Study IQ education platform in December 2021. The acquisition was a strategic move to strengthen their offering in UPSC and State PSCs verticals.

Since many of the new verticals have been started in the last 1-2 years, Anil and Saurabh’s focus for next year is to grow them. In the coming year, vernacular State Exams and UPSC are two major focus areas for Adda247.

“We need to invest a lot in building cutting-edge technology, product differentiation, and content creation. It will give us a huge competitive edge in the long term,” says Anil.