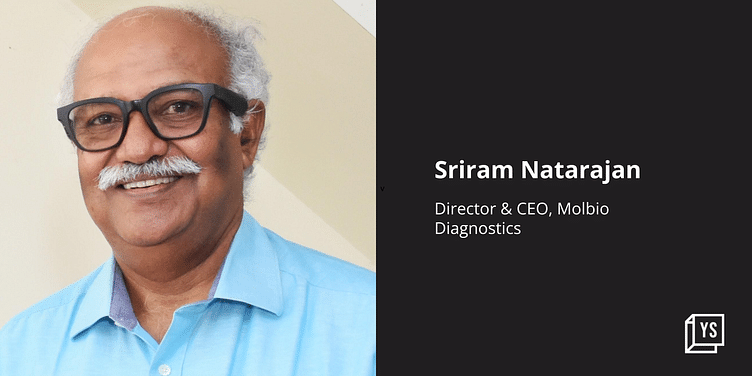 As per the official release, the funding will further strengthen and accelerate the company’s ability to develop and commercialise a host of near-care technologies based on clinical need gaps.

Post the round, the company will be valued at $1.6 billion. It became a part of the coveted unicorn club, becoming the 23rd Indian startup to cross the billion-dollar valuation mark this year after Tata 1mg made it to the list earlier this month.

As per the official release, the company will utilise the funding to develop and commercialise a host of near-care technologies based on clinical need gaps. Furthermore, this will also help the company in fast-tracking its efforts to take the Truenat platform to global markets.

Molbio is known for its Truenat technology—a point-of-care, portable, battery-operated real-time PCR platform. Truenat claims to be the world’s first point-of-care molecular diagnostic platform to get endorsed by the World Health Organization (WHO) as a replacement to smear microscopy for the diagnosis of tuberculosis.

Light Microfinance raises Rs 196 Cr in Series B funding round

As per the company, the technology can be deployed at all levels of the healthcare chain, including very remote and inaccessible areas, to provide early, rapid, and accurate diagnosis of infectious diseases, aiding in timely and appropriate treatment. The platform can test for over 40 diseases in addition to TB, including COVID-19, hepatitis, HIV, HPV, and vector-borne diseases like dengue, chikungunya, and malaria.

Truenat real-time PCR has been deployed in over 5,000 testing centres across over 40 countries around the world. India has deployed these devices at primary and community health centres across all states and union territoriesy under the National Tuberculosis Elimination Programme. The global rollout of Truenat for TB has begun through various International agencies including United Nations, USAIDS, Global Funds, Global Drug Facility, etc.

The company employs 750 people with 400 in manufacturing, 200 in sales and the rest in operations and others.

“We are delighted to have Temasek on board. The demand for high-quality, point-of-care molecular diagnostic systems is higher than ever today. The strategic partnership with Temasek will strengthen our ability to provide sustainable choices to address global healthcare challenges.”

“We take pride in the fact that we associated with Molbio just a few months prior to COVID-19 when the requirement of capital was extremely critical, and something that led to Molbio playing a very important role in ramping up the testing infrastructure in India,” added Rohit Mantri, Director at Motilal Oswal Alternates.

Allegro Capital acted as exclusive advisors for this transaction.

(The copy was updated to highlight that the startup became a unicorn.)