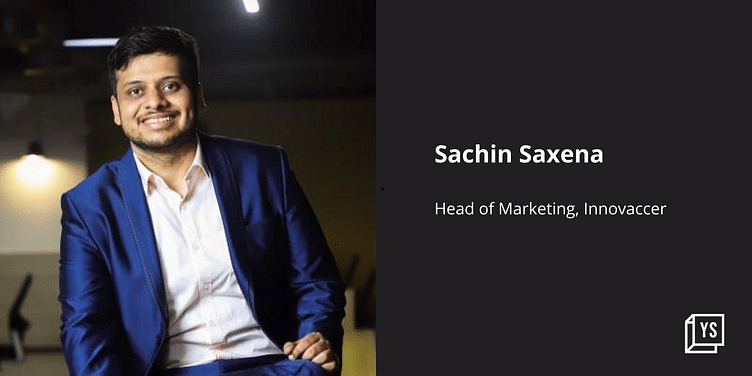 The Turning Point is a series of short articles that focuses on the moment when an entrepreneur hit upon their winning idea. This week, we look at Silicon Valley-based healthtech unicorn Innovaccer.

In February 2021, ﻿Innovaccer﻿ became the first Indian healthtech startup to enter the coveted unicorn club after raising $105 million in a Series D funding round led by Tiger Global Management. In December, the company raised a Series E funding round of $150 million, with a valuation of $3.2 billion.

This signals a turning for the healthtech sector on the back of strong gains made during the pandemic. The disruption caused by COVID-19 has led to the entry of new players into the industry across newer verticals such as online consultation, online deliveries of medicine, and building software for large hospitals.

Innovaccer’s journey began in 2011 with a data analytics project at Wharton and Harvard University that focused on bringing together distributed datasets and leveraging them using analytical technologies. Helmed by co-founders Abhinav Shashank (CEO) and Kanav Hasija (Chief Customer Officer), the project researched how Big Data can be studied, crunched, and analysed to derive valuable insights.

The research’s findings caught the eye of prominent universities like Stanford and MIT, which encouraged Abhinav, Kanav, and Sandeep Gupta (currently the COO at Innovaccer) to found Innovaccer in Silicon Valley in 2014.

“In the first year, we worked with 80% of Ivy League colleges on various research projects and eventually moved onto an enterprise model focusing on diverse industries like retail and finance,” says Sachin Saxena, founding member and Head of Marketing, Innovaccer.

The founders raised $3 million in seed capital from former Google India chief Rajan Anandan and others. While the company is not willing to share the revenue figures, according to Sachin, the startup generated millions of dollars in revenue within the first couple of years.

“Initially, we worked on all kinds of Big Data and AI/ML projects and haven’t really defined our niche market,” Sachin adds.

In early 2015, the team worked on a project to identify use cases for organisations working in healthcare. This led to them to close a deal with one of the largest healthcare organizations in the US, MercyOne PHSO.

Unlike the banking and hospitality sectors, the healthcare industry is notorious for being slow when it comes to the adoption of technology, with many companies dealing with data in silos and in disparate sources, without any communication overlay. Due to the lack of interaction between the data, attaining relevant insights becomes difficult.

Innovaccer solves this by integrating all disparate sources of data, cleansing the data, and building applications on top of it. It then uses proprietary AI/ ML algorithms to generate insights for different healthcare stakeholders.

The company undertook multiple projects across industries to solve various use cases but eventually zeroed in on healthcare and decided to let go of 70-80% of its revenue to focus on the industry.

In early 2016, Innovaccer pivoted and decided to focus on healthcare.

“We identified that healthcare was one area which would require maximum data support and need for applications for data analytics. Our vision changed from ‘data for everything’ to ‘data for healthcare’ to assist caregivers to save lives and impact a large number of people,” says Sachin.

However, this was easier said than done. For the company, abandoning the majority of its revenue sources may have been bold, but it was also scary for the founders.

“Getting major healthcare organisations to trust a new and upcoming brand with their data was hard, and we moved heaven and hell for that first contract. But, it was a day to remember when we signed the contract with Mercy. They are still Innovaccer’s customers today and one of our most prized ones,” shares Sachin.

The team studied the American healthcare industry and recognised that there were two major roadblocks—the lack of usable data and interoperability. “Taking every minute detail from the grassroots levels into consideration, we built solutions that helped everybody and their needs were taken care of with our agile and customisable solutions,” he adds.

The majority of Innovaccer’s clients are in the US, and the company recently forayed into the UK and Middle East markets. Despite being an Indian unicorn, it does not cater to the Indian market.

Sachin adds that India has plentiful opportunities but Innovaccer hasn’t ventured much into the Indian space because for its solutions to work, the requirement of a basic framework for data to help provide outcomes needs to be fulfilled. Also, the American solution can’t be simply replicated in India as the Indian healthcare system operates differently.

Though there is a lack of infrastructure, Sachin says, “We do see a positive change with the kind of initiatives that the government has been taking.”

Currently, the company's immediate next big step is to scale its presence in the Middle East and Europe, starting with the UK.

Expansion to India, Sachin says, would take time, but “whenever we move, we move with the latest standards and technologies. There is a definite positive movement.”

Innovaccer has 1,500 people based out of seven locations spread across India, the US, the UK, and the Middle East.

Earlier this month, the company let go of 90 employees across various departments as a cost-cutting move.

“Given the current economic conditions, we implemented a small workforce reduction to optimise our structure and initiatives. These cuts will help us improve business efficiency and take the right steps toward profitability as we continue our rapid growth. The overall percentage of this reduction was less than 8%,” said Abhinav Shashank, Co-founder and CEO of Innovaccer in a statement.

The company has been part of the ‘Swasth Alliance’ initiative by the Indian government, which is inclined towards platform building; and enables insurance providers and health systems to communicate more seamlessly.

Innovaccer says its solutions have been implemented in more than 1,600 care settings. It has unified patient records for more than 39 million people and helped over 96,000 caregivers work more collaboratively and save $1 billion in cumulative cost savings.

The company claims it is currently growing at 100% year on year, and is confident of continuing the trend in the coming years. To achieve this growth, it is investing significantly in R&D and go-to-market teams globally.

“We have crossed into a digital transformation landscape, and the space now needs to develop scalable technologies and solutions that truly address the unique needs of all stakeholders and take a collaborative approach,” Sachin adds.

The company intends to release a new portfolio of Innovation Accelerators that will help healthcare organisations tackle the most common and high-impact use cases in a fraction of the time associated with traditional methods and technologies.