Airtel Payments Bank to get external investors, spin off before IPO: CEO 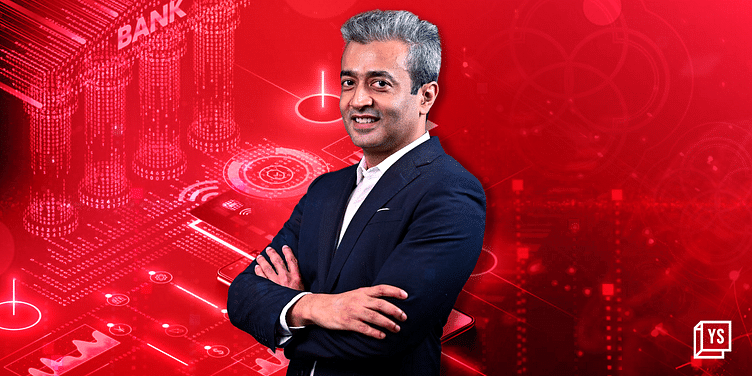 Anubrata Biswas, Airtel Payments Bank MD & CEO, speaks with YourStory on the board’s intent to spin off the unit as a separate entity and diversify its cap table ahead of an IPO that will be ‘sooner rather than later’.

Airtel Payments Bank (APB), the fintech arm of telecom giant Bharti Airtel, will begin the process of recruiting external investors to its cap table next year, MD & CEO Anubrata Biswas said, as a part of a bigger plan to ultimately spin off the subsidiary as a separate entity and hit the public markets.

During an interview with YourStory, the CEO said the board has been clear about its plans to spin off the subsidiary as a separate entity in the future.

“They (board) will want to list the company in due course of time. Can’t predict the time frame but it will be sooner rather than later,” Anubrata said.  “There has also been a clear intent by the board towards getting in external investors before the IPO. This is something I and the management look forward to as it diversifies the bank and gives it more maturity,” he added.

The fintech subsidiary was the first of 11 players (only six are now operational) to receive a payments bank licence from the Reserve Bank of India, in 2016.

Bharti and Kotak Mahindra Bank had teamed up for the payments bank in an 80:20 partnership. However, the latter sold its 8.6% holding in the entity to Bharti Enterprises for close to Rs 300 crore last year, and subsequently the rest of it.

Last year, the parent company also received approval from RBI and the Foreign Investment Promotion Board to increase FDI in its payment bank arm, APB, up to 74%.

Mumbai-based ﻿Fino Payments Bank﻿, which comes under the parent entity Fino Fintech Private Limited, was the first among the six operational PBs to get listed on the stock exchange, in November last year.

The company raised Rs 1,200 crore through the public issue, which was oversubscribed by 5.92X on November 2, the last day of IPO bidding.

Almost 80% of APB’s revenue today comes from payments, followed by 15% from cross-selling of financial products like insurance and loans and 5% from consumer deposits. It has tied up with about 40-50 manufacturers for cross-selling.

Over the past few years, the share of payments in revenue has been coming down (from almost 95% to 80%), as the other two step up owing to the network effect.

“I would expect cross-sell and deposits to grow disproportionately more over the next two to three years and the share of transactions in revenue will come down. As we bring more users into the fold, they will start keeping more money and use other services. If the cross-sell and deposit doesn’t increase, it means the model is not playing out well. We believe we are on the right track,” Anubrata said.

The company also offers digital loans at its retail outlets and cash collection services to merchants and NBFCs.

Payment banks are considered a high-volume and low-margin business. Apparently, the wafer-thin margins didn’t make the business model too appealing for three out of the 11 entities that got the RBI’s licence but subsequently dropped their plans to go ahead with the idea. Tech Mahindra was one of them.

ABP and Jio have the leverage of their parent network of retailers and kirana shops while India Post’s payment bank has enabled post offices to provide payment bank services. Fino has also managed to spread its network through a partnership with Bharat Petroleum Corporation Limited to use their outlets as digital banking centres.

Contrary to the thin margin notion, both ﻿Paytm﻿, ﻿Fino﻿ and APB managed to break even in FY19, FY21 and FY22, respectively, and post profits on the back of scale and revenue diversification.

Jio Payments Bank, which has been marred with controversy since the past four years with its partner State Bank of India (RBI), posted a net loss of Rs 90 crore in FY21.

Anubrata refrains from categorising revenue streams, terming the approach as limiting to the business.

“There is no star product when it comes to revenue. We don’t look at revenue as various categories. Rather, we focus on incrementally multiplicative revenue. Our thought process is to increase our per user revenue from Rs 230-240 and have the user base rise from 50 to 100 million,” the CEO said.

“Just looking at deconstructing markets and talking about a product is limiting because then you are constrained by the size of that product for growth. You cannot define your business as a remittances business or a lending business.”

Though the payment bank model is fundamentally a distribution model, APB is looking to place heavy focus on subscription-based services, also termed as bundles. These are small offerings packaged into one product and available at a “meaningful” price.

As per the CEO, this fairly new offering, which focuses on simplifying financial products for masses, is seeing a strong pickup. The company recently introduced its first digital consumer bundle— Rewards123— that allows users to load money, shop online, pay bills along other services, by paying a flat annual fee.

“We have a bundle roadmap for the next few years,” Anubrata said. The next in line is a healthcare bundle called Suraksha, which will soon be launched.

“There was no rule book written for digital payment banks. A lot of them had to figure out what to do, the business models, hypothesis, tests, and so on. So we built APB as an incubation hub. We try new ideas, some fail, some succeed, and that’s the culture of the company,” he said.

The payment bank, which turned profitable in the September quarter of FY22, currently has a revenue of Rs 1,000 crore on an annualised basis, and is looking to clock double-digit momentum in the fiscal.

“The fact that digital payment models have turned profitable is testimony to their strength. There is a possibility of touching many more lives. Our assessment is that there are 500 million more people that are still underserved,” Anubrata said.

Anubrata made a rational case for why Payment Banks (PBs) should be allowed to lend while going back to the very motivation of introducing the model in the first place—to fill the gap.

“Micro loans as a problem have not been solved by either banks due to high cost of lending on transaction or by NBFCs because of their unwillingness to lend far and at scale,” the CEO said.

This gap in the formal lending system can be filled by PBs, which have physical access to millions of people in the country, touching almost every village.

The idea of launching PBs in 2016 by the Reserve Bank of India (RBI) was to have entities with a large user base or a distribution network, particularly in rural areas, to include more people into the banking system while keeping cost of services low.

Though PBs can take deposits, they are not allowed to directly lend. Rather, they have tie-ups with NBFCs, insurance firms, and mutual fund companies to cross-sell and up-sell various financial products, including secured loans.

While being in accord with allowing PBs to lend, the CEO parallelly sought partnerships or a co-lending business model. However, the opportunity is marred by a few challenges.

“Payment banks can get a little bit of scale by partnering as well. But it’s very difficult to find an NBFC partner who will lend at scale. They would be comfortable with a region because of their collections model. This won’t serve the purpose. Therefore, the first option is far more real,” he said.

The industry is patiently waiting for RBI to recalibrate the suggestion, jointly submitted by the players via an association.

On new-age fintechs filling the gap and getting the rural population into the formal financial service system, Anubrata said, “Fintechs may be able to fill some gaps in certain cases but not in all and at scale. Right now, some of them are questioning their basic operating models, how they are going to lend, and so on. That space is undergoing a flux. I don’t necessarily see fintech coming up and transforming the space completely.”

On digital payments banks feeling the heat from new-age fintechs, the CEO highlights the former’s upper hand for a win—a banking licence. The comparison is due to the suite of similar products offered by both businesses.

“We are a fintech model with a banking licence. We have access to one regulated income stream which no fintech will have which comes from consumer deposits. So we call ourselves fintech plus,” Anubrata said.