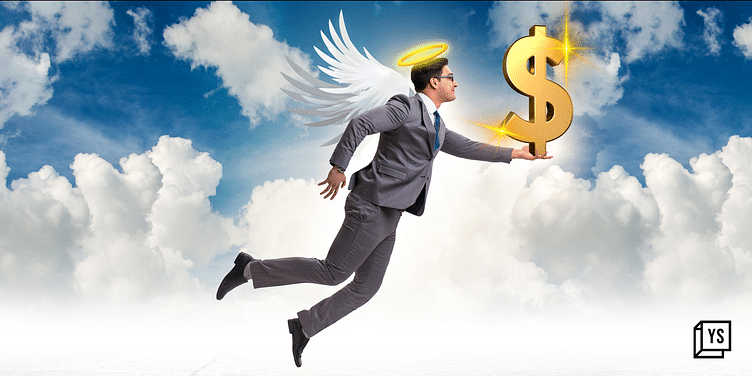 Angel investment platforms are moving up the value chain by launching VC funds. This gives them a greater say in how startups are run and also helps them be a part of their long-term growth story.

Typically, angel investment platforms comprise individuals who come together with the intention of putting money into early-stage startups during the Seed or Pre-Seed stages. The cheque sizes of angel investors are much smaller than that of conventional VC firms.

Generally, angel investment platforms invest anywhere between Rs 1 crore and Rs 10 crore; the sweet spot is in the range of Rs 2 crore to Rs 4 crore. Investments by these platforms could also be in lakhs.

But now, in a marked deviation from their traditional operation, angel investment platforms are establishing their own VC funds with bigger cheque sizes. This, investors believe, gives them a greater say in the operations of startups and allows them to participate in their long-term growth story.

Some of the angel investment platforms that have launched VC funds are ﻿Indian Angel Network﻿ (IAN), ﻿Inflection Point Ventures﻿ (IPV), and ﻿ah! Ventures﻿.

A chunk of the money for the VC fund comes from outside investors. Existing investors on the angel platform may also put their money into the fund.

One of the first angel investment platforms to start a VC fund was IAN; the fund closed at Rs 375 crore in 2019.

Padmaja Ruparel, Co-founder, IAN, says, “It makes logical sense for an angel network to launch a VC fund as it allows them to write larger cheques for startups that require this (money) for their next stage of growth.”

Gurugram-based angel platform IPV, which has been investing in startups since 2018, launched a VC fund this year called Physis Capital, with a target size of $50 million.

Ankur Mittal, Partner, Physis Capital, says, “The need to launch a VC fund like Physis emerged as IPV wants to back some of the potential winners from its current portfolio and lead and co-invest in large growth rounds which are Series A and above.”

Amit Kumar, Partner, Ah! Ventures, an angel investment platform, says, “Founders would not prefer a smaller cheque size when their startups get a higher valuation.”

ah! Ventures launched a VC fund this year with a target size of Rs 100 crore.

Generally, when a startup opts for the next round of funding, its angel investors are given the exit option. Even if they remain invested, the investors may not have much of a say in the important matters involving the startup.

But a VC fund gives investment platforms better leverage in the startup and an on-par status with other VC firms backing the startup. They may also have equal rights as shareholders in the startup.

Another advantage that investment platforms derive from a VC fund is a less crowded cap table.

The cap table shows how many entities have ownership in a particular company. While an angel investment platform consists of a group of individual investors, a VC fund is a single entity.

According to Amit, founders are not in favour of a crowded cap table, especially when they are keen on an institutional round of funding. A crowded cap table would mean sending out performance reports to several people and also answering their queries.

The co-founder of another angel investment platform, on condition of anonymity, says, “Founders are tired of seeing more than 20 names on their cap table and would prefer to deal with a single entity.”

Thinking about becoming an angel investor? Here are some of the dos and don'ts

VC funds provide investors with the opportunity to back winners right from their early days and also participate in deals that go into Series A and stages beyond. This helps investment platforms stay longer with startups with winning potential.

Even large funds such as Sequoia and Accel have backed early-stage companies through programmes such as Surge and Atom, respectively.

Ankur of Physis Capital, the VC fund of IPV, says, “Physis will pave the way (for IPV) to participate further in chosen success stories. The capital from Physis will help us invest more aggressively in larger rounds and give us the legroom to lead certain strategic growth rounds in potential unicorn startups."

Amit of Ah! Ventures says, “We can now become co-investors when a startup goes for the next round of funding and also help them in getting larger capital.”

Through VC funds, investors are also able to participate in deals that are not just within their angel investment network but also outside it.

Bootstrapping or venture capital: Which is the best way to fund startups?

The VC funds of angel investment platforms have been able to attract pitches from startups of better quality—in terms of their value proposition, product and service.

For instance, Physis Capital has started receiving decks and proposals for evaluation and it is expected to announce the first close of Rs 100 crore in the next couple of months.

A few angel investment platforms that have launched VC funds are allowing investors to become limited partners in the funds.

On the regulatory front, there has been a nudge from the market regulator SEBI to the angel investment platforms to establish a more structured VC setup so that it can get a better overview of the operations.

In the current funding winter, late-stage funding seems to have dried up and the focus has shifted to early-stage investment. Even larger VC funds are showing interest in this space. This is where angel investment platforms can play a crucial role, given their experience in investing in the early stages, and they can be treated on par with larger, established VC funds.