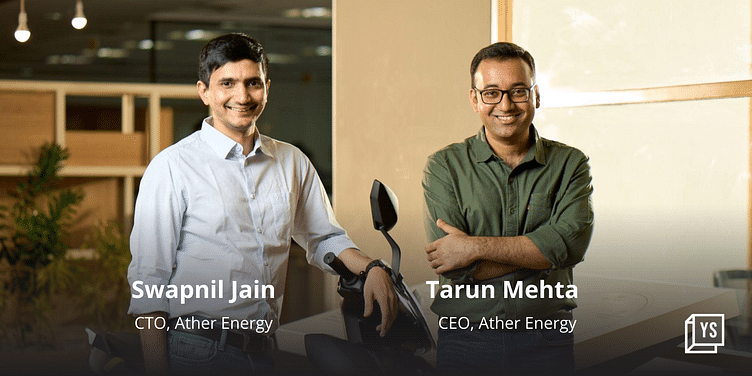 This is the second funding raised by Ather in 2022. In May this year, the startup raised $128 million in Series E round led by NIIFL, existing investor Hero MotoCorp, and others.

On Friday, the company held a general meeting to pass a special resolution to issue 51,359 Series E1 CCPS at a subscription price of Rs 78,008 to raise the funding.

As per the RoC filings, Caladium invested Rs 400 crore in the Ather, while Herald invested Rs 64 lakh.

This is the second funding raised by Ather in 2022. In May this year, the startup raised $128 million in Series E round of funding led by National Investment and Infrastructure Fund Limited (NIIFL), existing investor Hero MotoCorp, and others.

In July this year, ﻿Ather launched a new-generation model of its electric scooter 450X, priced at Rs 1,55,657 (ex-showroom, Bangalore). Last week, it also announced that it has installed its 580th public fast charging point—the Ather Grid—across 56 cities in India. As the company expands its footprint nationally, Ather Energy plans to install 820 more such points, taking the count to 1,400 by the end of FY23.

The EV maker posted Rs 408.5 crore in revenue for FY21-22, up 411.9 percent compared to Rs 79.8 crore reported in the previous year while its loss widened to Rs 344.1 crore from Rs 233.3 crore in FY21 due to the high cost of EV parts and raw materials, and employee benefit expenses, among others.

According to Vahaan portal, the company registered 6,266 vehicles in September this year and 3,520 vehicles for October until now.