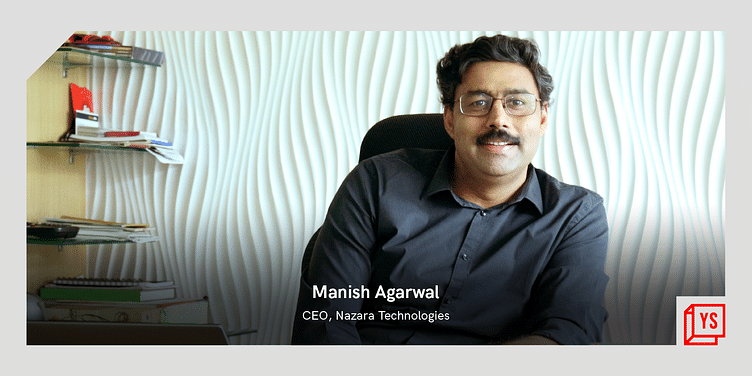 Manish served as the CEO for close to eight years and helped the company make a mark in the Indian gaming ecosystem.

Manish Agarwal, the chief executive officer (CEO) of gaming company ﻿Nazara Technologies﻿ , has decided to step down from his role effective December 1 to pursue an entrepreneurial journey. He will continue to be associated as a board member.

Nazara founder Nitish Mittersain, who was the Joint Managing Director of the gaming firm, has been appointed as the CEO, effective December 1, the company said in exchange filing. Both Nitish and Manish have worked closely with each other since Nazara’s inception in 2000.

“Manish and I have worked closely together over the last 7 years to build a strong foundation on which Nazara will continue to grow rapidly in the years to come. I wish him all the best in his future endeavours,” Nitish said.

The gaming firm also announced the appointment of Sudhir Kamath as the chief operating officer (COO) of the company with effect from October 20. Sudhir has over 20 years of experience in strategy consulting, private equity investing, and operations. Prior to this, he was the CEO of Sparskills Technologies where he developed and scaled the 9stacks gaming brand.

Meanwhile, Nazara announced that its revenue jumped 104% to Rs 264 crore in the September-ended quarter, compared to the same period last year, driven by growth in its esports, freemium and ad tech business. Profit after tax increased marginally to Rs 17 crore from Rs 15.3 crore in the second quarter FY 21-22.