Why the new-age used car retailing model has collapsed 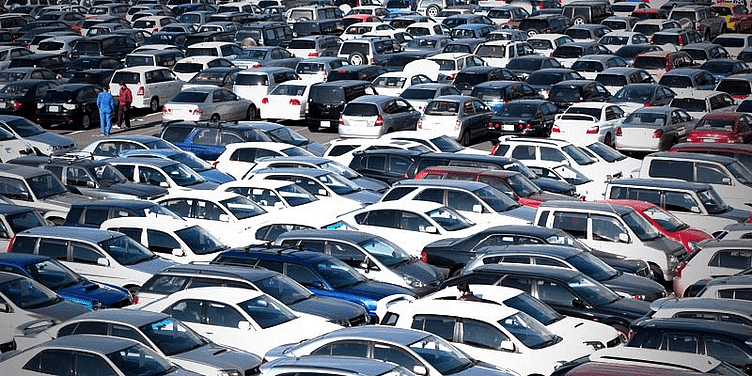 Here is what the used car retailing disruption may look like in the 21st century. It will be a pure-play ecommerce business model with just-in-time supply from third-party suppliers.

What is common among Carvana, Vroom, Shift, Carlotz, Cazoo, and Auto1? They all are automobile dealerships that have come up in the last 10-12 years and called themselves new-age car dealerships or retailers who were supposed to disrupt the used automobile retailing for the 21st century. However, in the last 10-15 months, market capitalisations of Carvana, Vroom, Shift, Carlotz, and Cazoo have declined by 90% to 98%.

At the same time, while Apple, Microsoft, Google, and Amazon are down substantially due to a very weak capital market, the decline in their value is only 30% on the low side and 45% on the higher end. Then there are other new-age market leaders such as ﻿Uber﻿ for ride-sharing, ﻿Airbnb﻿ for lodging, ﻿Netflix﻿ for OTT, ﻿PayPal﻿ for Fintech, and ﻿DoorDash﻿ for food delivery. These companies are also down substantially in value due to weak capital markets.

So, what exactly happened with the so-called new age used car retailers or dealership disrupting the $8 trillion automobile market globally?

The short answer is that what investors or industry pundits believed as the new-age automobile retailing business model disrupting the 140 years old automobile industry was a bubble and it has completely burst and collapsed.

All these so-called new-age automobile retailers owned expensive inventory, refurbished vehicles themselves with their own centres/teams/supplies, and then sold them via their owned and operated physical centres. First of all, this is a very expensive proposition if the maximum margin in the used car industry is barely 14.5%. Second, how is this new age or disruption? Isn’t this how used automobile retailing has been happening for the last 140 years?

In order to sell used cars as a physical branded dealership, here’s what a dealership or retailer must need to handle at the minimum:

14. Sales teams at the physical store

15. Closing of transaction with title, loan, insurance, and closing docs

All these aggregate costs are just materially more than the theoretical highest gross margins.

None of the so-called new-age used car dealerships or retailers has expertise in the procurement of used cars, especially if the market is highly unorganised or fragmented. Second, how can new-age companies be super-efficient and experts in refurbishment?

Then comes selling a car via physical store—do we really believe that new age companies can run physical dealerships cheaper, better, or more efficiently than how Walmart, Target, Tesco, Carrefour, or CarMax operate their physical stores? In developed economies such as the US, Western Europe, and Japan, physical centres may still make sense due to the occupancy cost for a physical dealership at 2% of gross revenue and cost of capital at 3% to 6% but the occupancy cost in the emerging markets for a physical dealer is 8% to 10% or goes revenue, and the cost of capital can be as high as 18%.

So, used car retailing with inventory, refurbishment and the physical dealership was not really the new-age model disrupting automobile retailing for the 21st century but a bubble that had to burst one day. These companies were trying to put old wine in new bottles and branded it as a disruption for automobile retailing. Sadly, investors took a bite.

There is one more thing that is common among Carvana, Vroom, Shift, Carlotz, Cazoo and Auto1—all these companies before their current crash had an astronomical rise in their valuations/market cap between 2019 to 2021. For example, Carvana led the pack of the so-called new age automobile retailers’ disruption went up by 1,600% from 2019 until it hit the peak of $65 billion before crashing by 95%.

That was when global investors spotted this so-called new-age automobile retailing disruptive model and eagerly started looking for the Carvana of different countries with large cheques and big valuations. Due to their unprecedented FOMO, investors started writing large cheques to small and at times unproven automobile retailers in various countries so long as they could show that they had their inventory, refurbishment capabilities, and physical dealerships to sell and they were not as old as legacy players from 19th century until 2010. But all that came to crash in the last 10-15 months.

Used car automobile retailing has not been disrupted by the business model of these companies. In aggregate, the physical branded dealerships that called themselves new-age have lost $100 billion in shareholder wealth in the last 10-15 months, with an average decline of 92% in the value for each of the public companies in this space.

Here is what the used car retailing disruption may look like in the 21st century. It will be a pure play ecommerce business model with just-in-time supply from third-party suppliers—without any physical centre, refurbishment centre, warehouses and people-heavy operations—but an end-to-end technology stack that is capable of handling, controlling and curating all aspects of used car food pipe or value chain with the heavy use of tech, data and AI.

In a nutshell, Amazon’s 3P business with fulfilment by Amazon is the model that has the full potential to disrupt the $8 trillion automobile industry globally. This model includes combining an advanced and scalable automobile ecommerce platform with a technology and data science driven ecosystem of services for certification, online selling, loan and delivery for full control, and curation of used car retailing. This disruptive model of used retailing will utilise and partner with everyone in the existing ecosystem with sourcing and refurbishment as the responsibility of automobile dealers and certification, selling and delivery as the responsibility of the automobile ecommerce platform.

This is very complementary and creates unmatchable value propositions for the buyer i.e., great selection, low price, trust, and convenience. This model can scale and achieve reach not seen by any used car retailing model thus far. The best part is that this model is the one where the buyer pays less for a car, the third-party dealer makes more money for the car, and the platform can make enough money to generate sizable free cash flow.