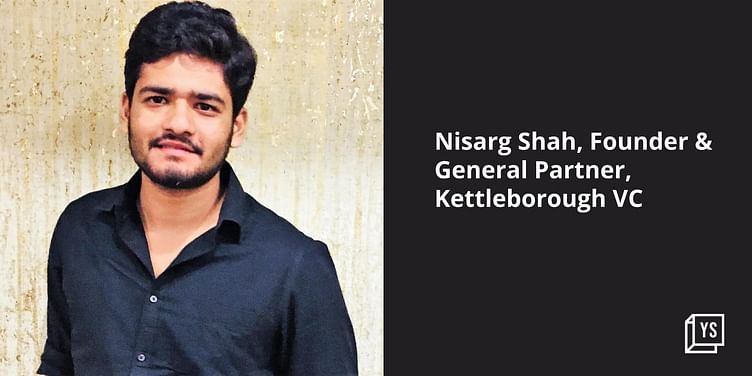 The fund aims to co-create companies with serial entrepreneurs and domain experts and will invest in technology-centric startups.

It has received capital commitments of $5 million from LPs comprising business owners and startup founders. The fund will invest in technology-centric startups led by serial entrepreneurs and domain experts.

Kettleborough was launched as a Solo GP Fund by Nisarg Shah in late 2021, with an aim to invest in technology-driven ventures at their seed stages, and co-create them along with their founders.

Following a concentrated investment strategy, the fund will invest in 8-10 ventures in the next 12 months, it said.

So far, Kettleborough has deployed capital in five companies, including Zippmat with Matrix and Zephyr Peacock, Zocket with Kalaari, and Bytelearn with Leo and Chiratae, and is closing two more transactions with Info Edge and Kae in the coming month.

Speaking on the close, Kettleborough’s Founder and General Partner, Nisarg Shah said, “We have been working with this profile of founders for years now and understand very well how to co-ideate and be complementary alongside them. Our value-additions range from insights on revenue models to getting upstream investors to enabling business partnerships for the companies.”

Shah has been instrumental in helping multiple companies with their 0-to-1 journeys. He has been a seed investor in companies like Phablecare, Otipy, Homecapital, Onebanc, and Bigspoon, among others.

“The investment approach has been well refined over years across more than 20 companies before the inception of this VC fund. The pre-fund portfolio already has two seed-funded companies at a $100 million+ valuation and is on track to have two more in the next few quarters. The fund vehicle is just an extension of the work we have been already doing,” added Shah.

For its investments, Kettleborough follows a strategy of high conviction and deep concentration. It will invest in 8-10 companies at the seed stage, in the next 12 months, with a cheque size of $150,000-$300,000.

Additionally, it will also participate significantly in the follow-on rounds of its portfolio companies.