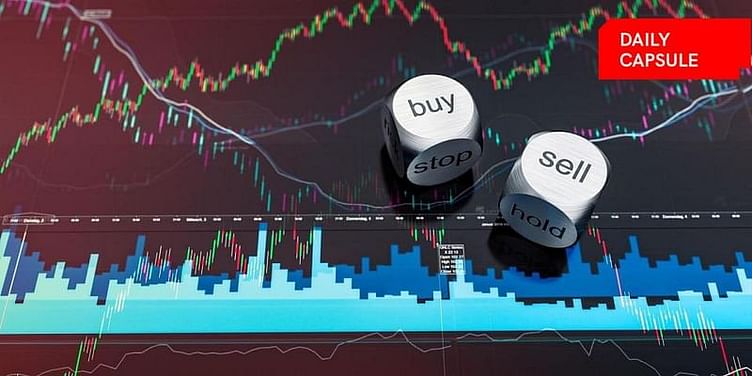 The National Stock Exchange has sent legal notices to at least half a dozen stock gaming apps to stop using its data for games or competitions mimicking real-time equities trading.

Facebook parent Meta reported a drop of over 50% in its profit while its revenue fell 4.5% from a year ago for the quarter ended September 30, 2022. However, Instagram Reels continue to be a lucrative offering, reporting more than 140 billion plays each day.

In other news, YourStory is now branching outside the Indian startup ecosystem with the launch of YS Gulf.

Through YS Gulf, we hope to showcase and celebrate the extraordinary journeys of entrepreneurs and changemakers across the Gulf, and enable innovation and cross-border collaboration between India and the Middle East.

Check out our launch edition here and tell us what you think.

Oh, and here’s some positive news: BCCI Secretary Jay Shah took to Twitter to announce that match fees for both men and women cricketers (contracted) will now be equal.

Speaking of Twitter, Elon Musk has claimed that he is buying the social media company to "help humanity".

Just in case you are one of the few still unaware of the whole Twitter vs Musk saga, here’s a nice not-so-little timeline.

Kinda hard to believe all of this happened in 2022 alone.

Here’s your trivia for today: In a deck of playing cards, which king doesn’t have a moustache?

Putting a check on the emerging stock gaming sector, the National Stock Exchange's unit—NSE Data and Analytics—has issued notices to fantasy stock trading apps to stop using its data for gaming platforms based on real-time movement of shares.

“A lot of apps are running under the garb of being an educational platform. But at the end of the day, they all are making money via betting, gambling, predictions, creating pools, and so on,” an NSE executive told YourStory.

Unacademy had a bittersweet FY 2022 as its losses widened by 85% while, at the same time, revenue also rose by more than 80%.

While the edtech unicorn resorted to cost-cutting measures and layoffs in the fiscal gone by, its job-hunting platform Relevel became a saving grace despite the gloomy macroeconomic conditions affecting the startup ecosystem.

This comes at a time when the edtech decacorn is bracing for the funding winter and has resorted to laying off 5% of its workforce. It is also facing the heat in Kerala as it looks to close down operations in Thiruvananthapuram.

In a deck of playing cards, which king doesn’t have a moustache?