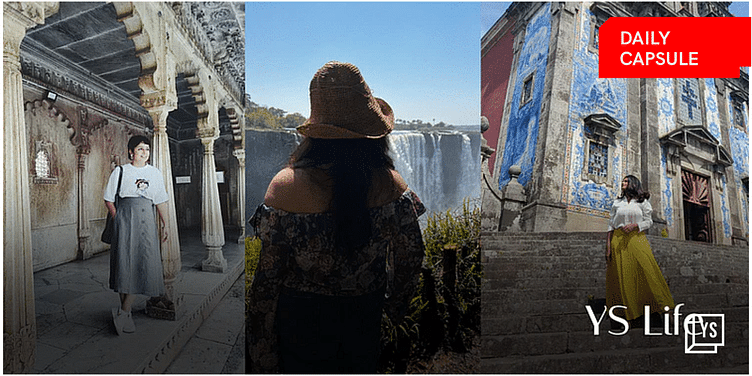 YS Life spoke to a few women travellers who have done solo trips to understand what drives them around the world, literally so.

After almost 10 months of back and forth, Elon Musk is finally the owner of Twitter. Yet, the drama is far from over. Calling himself the ‘Chief Twit’, Musk’s first order of business was to fire the social media company's four top executives—CEO Parag Agrawal, Chief Financial Officer Ned Segal, General Counsel Sean Edgett, and legal executive Vijaya Gadde.

But let’s not be too sad. Bloomberg estimates that Agrawal is eligible to receive a severance of roughly $50 million, while Segal and Gadde will receive $37 million and $17 million, respectively.

What next? Who knows?

In other news, ﻿Amazon﻿’s muted earnings for the July-September quarter and a disappointing projection led its market value to fall under $1 trillion. However, Apple posted revenue of $90.1 billion for the same period, 8% above analysts’ estimates.

Meanwhile, Taiwan-based Gogoro plans to pilot its 6-second battery swapping stations in India. This will be the electric vehicle startup’s third operational pilot after Singapore and Indonesia.

Oh, and India topped the list of countries expected to see the highest increase in salaries in 2023.

Here’s your trivia for today: Which was the shortest war fought in human history?

For women solo travellers, travelling is not just about the destination but also about accumulating valuable experiences and creating everlasting memories—with freedom, choice, and confidence.

YS Life spoke to a few women travellers who have done solo trips to understand what drives them around the world, literally so.

<Top Deals of the Week>

Jaipur-based competitive test prep startup ﻿Toppersnotes﻿ turned profitable in August, within a year of raising its first institutional round. It has also doubled its monthly revenue to Rs 1.80 crore in the last six months.

Are hybrid cars worth it?

Global mobility is witnessing a shift from fossil-fuelled internal combustion engines (ICE) to battery-powered electric vehicles (EVs) in order to curb emissions. The transition from ICEs to EVs is no walk in the park since it incorporates new technologies and a complete overhaul of the powertrain.

Which was the shortest war fought in human history?

Answer: The Anglo-Zanzibar War between the UK and the Zanzibar Sultanate in 1896, which lasted for 38-45 minutes.