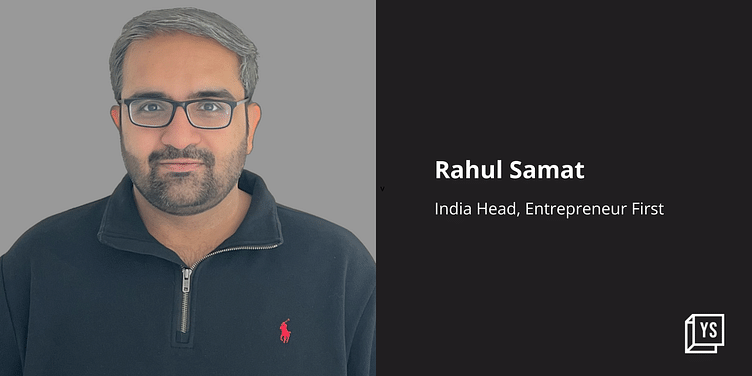 Entrepreneur First will invest $75,000 in selected early-stage startups and aims to invest in 30 such companies.

Entrepreneur First, a global early-stage investing firm that invests at pre-idea and pre-team stage of entrepreneurs, has announced plans to double down its investment in India and increase the corpus of money to be put into these ventures.

Entrepreneur First launched its India operations in 2019 and has funded 45 startups so far. As part of its new strategy, it will be increasing its investment by 40% to $75,000 for each portfolio company going forward, and also expect to double the number of companies it invests in India every year.

According to Entrepreneur First, it runs programmes across Europe, Asia, and North America that enables individuals to meet like-minded co-founders, develop startup ideas, build businesses from scratch, and secure funding from leading investors.

Women entrepreneurs starting up in Bharat

Alongside access to capital, Entrepreneur First will also give founders access to a full global network of 60 plus industry experts and advisors, successful operators, and entrepreneurs who have built and scaled their businesses. Entrepreneur First claimed that in the last 10 years, its portfolio companies have created a value of over $10 billion across the globe.

Reid Hoffman, Co-founder of LinkedIn and an investor in EF, said, “I’m excited that Entrepreneur First is doubling down on India. The Indian startup ecosystem has already seen real success, but the best is yet to come. By investing further in the region, EF is going to play a key role in supercharging its growth. The next generation of Indian talent has the potential to build the iconic companies of tomorrow.”

Entrepreneur First also announced the appointment of Rahul Samat as Partner and India Head to lead the business and operations in the country. Rahul was previously with Swiggy.

On his appointment, Rahul said, “India possesses one of the world’s great talent pools, with some of the world’s best technical education, and a technology sector estimated to be worth $1T by 2030. To realise the potential of India’s talent pool in the coming years, early-stage investment has to transform into early-stage support.”