Women entrepreneurs starting up in Bharat 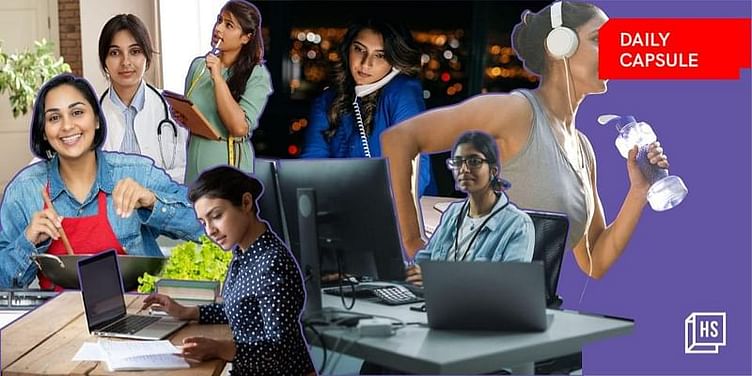 On Women’s Entrepreneurship Day, we take a deep dive into women’s entrepreneurship in the non-metro cities of India, focusing on success stories, while also keeping in mind its unique benefits and challenges.

The messy collapse of crypto exchange ﻿FTX﻿ has left many to pick up the pieces.

The bankrupt exchange has fired three top executives, including engineering director Nishad Singh. This followed reporting that former CEO Sam Bankman-Fried sold a stake worth $300 million when FTX raised capital last year. The company has launched a strategic review of its global assets and is preparing to sell some businesses.

Meanwhile, former Silicon Valley star Elizabeth Holmes is now a convicted fraudster, sentenced to over 11 years in prison for conning investors with a promise to revolutionise blood testing with her startup, Theranos.

On the tech front, just days after India decided to shift to USB-C charging ports for all smart devices, Apple has now decided to ditch the lightning connector for its iPhone 15 line-up.

ICYMI: An IIT Kharagpur graduate, Ankit Joshi, quit his high-paying to spend time with his newborn daughter in what he calls a “promotion to fatherhood.” You go, dad!

Here’s your trivia for today: What was the first FIFA World Cup to be fully filmed in 4K?

During the pandemic, many women returned to their homes in Tier II and III cities and contributed to the rise of a startup ecosystem in Bharat. They were assisted by incubators and accelerators with a strong focus on women entrepreneurs.

According to a statement from the Ministry of Commerce & Industry, Government of India, Tier II and III cities account for nearly 50% of recognised startups in India.

What can fans expect from the FIFA Football World Cup 2022? Who is likely to win? Who has injury issues? And, who has missed out? YS Life takes a closer look at the events in Qatar.

Amid the flurry of global layoffs, foodtech giant ﻿Zomato﻿ is reportedly planning to cut its total workforce by at least 4% in a bid to reduce costs. At least 100 employees have been already impacted across verticals such as product, tech, catalogue and marketing, MoneyControl has reported.

What was the first FIFA World Cup to be fully filmed in 4K?