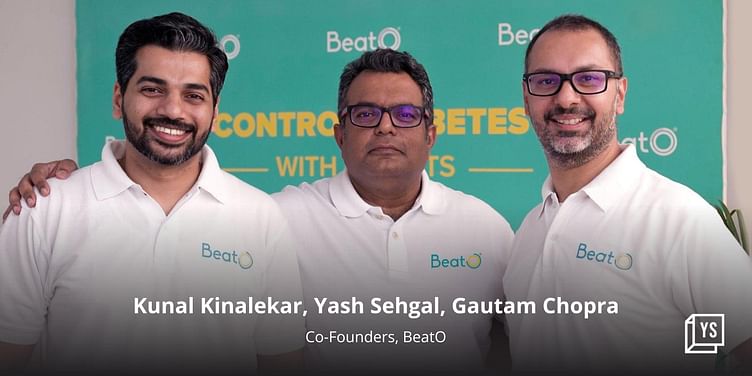 The company aims to serve over 10 million diabetic patients by 2025 with a focus on Tier II and III markets.

Diabetes care provider ﻿BeatO﻿ has raised $33 million in Series B funding led by Lightrock India, with participation from HealthQuad and existing investors such as Orios Venture Partners, Blume Ventures, and Leo Capital.

Ecommerce giant ﻿Flipkart﻿'s investment arm Flipkart Ventures has also invested an undisclosed amount in this round.

The fresh funding will be utilised to scale the digital platform, invest further in product, and strengthen the reach of BeatO's evidence-based care programs, the company said in a statement. The startup previously raised multiple rounds of debt funding from funds including Alteria Capital, W Health Global, and Kotak Investment Advisors.

India is set to overtake China to become the diabetes capital of the world, with over 200 million people across age groups at risk.

BeatO said it serves over 15 lakh customers with more than 70% of its customers from tier II cities. The company has grown 3x in the last year and is expected to close partnership deals with players from the insurance and pharmaceutical sectors soon. It also aims to expand its patient base to 10 million by 2025.

“With our digital first solution, BeatO is well positioned to lay the new standards of how care will be delivered in the future to millions of Indians. We are pleased to have a fantastic set of partners joining us on the journey who deeply resonate with our vision and bring solid capabilities to help us achieve our goal," Gautam Chopra, Co-Founder and CEO of BeatO said.

“BeatO is on an ambitious mission to re-design how diabetes is cared for in India. They are a world-class team that have demonstrated the ability to deliver consistent, high-quality and empathetic care resulting in clinical outcomes that are outstanding,” said Tejasvi Ravi, healthcare investments lead at Lightrock India.