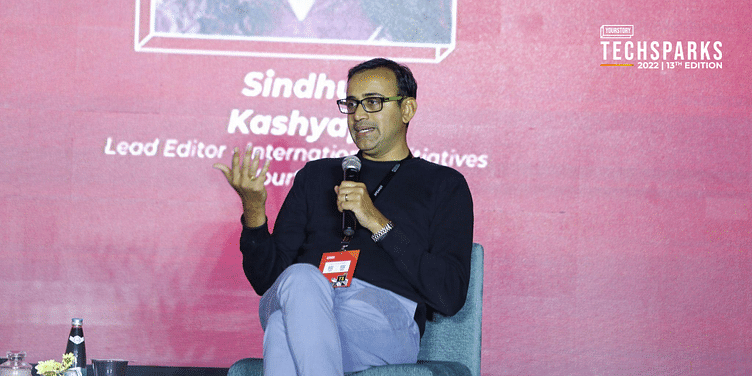 Anand Chandrasekaran, Partner, General Catalyst, said that the current funding winter is a “fantastic time” for founders to build products and distribution channels.

Speaking at TechSparks 2022, YourStory’s startup-tech conference, last week, Anand said that, historically, a lot of the great technology companies were created during recession.

Commenting on the current situation, he said, “I do not think early-stage ecosystems have really slowed down that much. I think the growth stage has slowed down, largely because it's not a founder problem. It's actually an industrial problem.”

Anand had words of advice for both entrepreneurs and investors.

What entrepreneurs must do

Anand urged aspiring entrepreneurs to pick a problem they were really passionate about, as opposed to gearing the problem-solving towards what others want. It is also important to understand who the customer is, where they are, and what their needs are, he said.

Anand shared an example of one of General Catalyst's portfolio companies, Stripe. One of the founders of Stripe, Patrick Collison, had said that its customers were not born to the question of who Stripe's customers are.

“It was actually extremely insightful, because he was basically saying—10 years from now, the internet will have newer companies with newer templates, and I’m building for that customer that doesn't exist today.”

Anand also stressed on the need to have a co-founder or an advisor, as the entire entrepreneurial journey can be a lonely one, for a long period of time. It helps to have someone whom the founder can have honest conversations with, he said.

What investors should look for

Anand said the biggest mistake as an investor would be to predict the future, and pointed out that investors should instead observe the way things are in front of them.

“Sometimes founders are actually telling you something really smart, really meaningful, solving the real problem, even if they're not using the buzzwords that you’re probably looking for... I try to have a beginner's mind, observing what they're saying.”