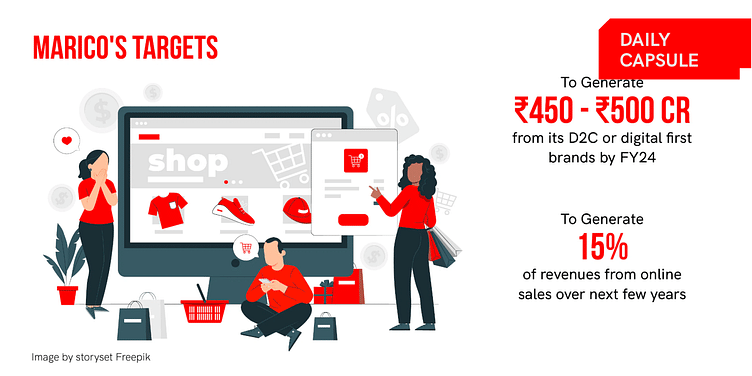 Marico expects 15% of its overall revenue over the next couple of years to come from its online/ecommerce business—from 9% at present.

Let’s start with some good news!

The Indian economy will grow at 6-7% in 2023-24 even though uncertain global conditions may affect it, said former Niti Aayog Vice-Chairman Rajiv Kumar, adding that there is no prospect of recession in India.

Meanwhile, as the FIFA World Cup 2022 kicks off in Qatar, here’s a throwback to all the Amul topicals around FIFA.

Oh, and did you know Fox’s The Simpsons has successfully predicted the future several times across its 700+ episodes? Yep, there’s a list.

From mutant tomatoes to three-eyed fish, reality doth be stranger than fiction.

Here’s your trivia for today: In 1900, who introduced the Brownie, a simple box camera with a removable film container?

Marico is keen to develop a “roaring” direct-to-consumer (D2C) engine that would fuel its next phase of growth in the digital and ecommerce era. “Roaring Engine 2”—as Saugata Gupta, MD and CEO of Marico, calls it—is expected to be fuelled by the personal care and food categories, which lend themselves well to the D2C business.

﻿PeakMind﻿ is a digital platform focussing on the mental health of students. Founded in 2020, the startup’s end goal is to equip students with capabilities like stress management and traits like optimism and mindfulness for competitive success.

Abhiraj Singh Bhal, the Co-founder and CEO of ﻿Urban Company﻿, talks about the challenges of creating a consumer services brand that has now become a household name.

In 1900, who introduced the Brownie, a simple box camera with a removable film container?