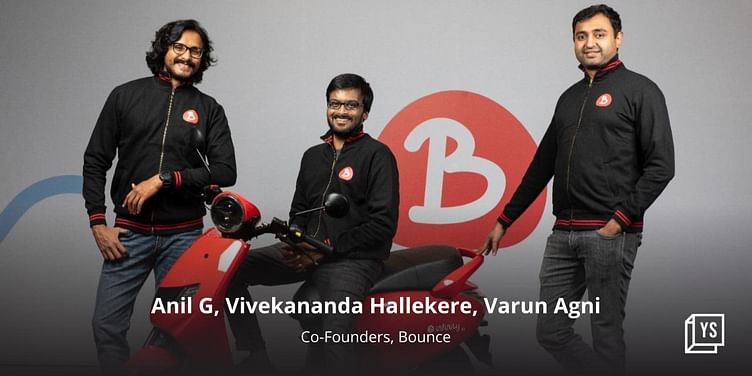 The company had been looking to raise a much larger amount this year as it pivoted to become a maker of electric scooters.

﻿Bounce﻿ is in advanced talks to raise $20-30 million in about a month, according to two people aware of the development, much lower than the amount the electric-scooter maker had been looking to secure earlier this year.

A new investor is likely to lead the round while existing investors including B Capital, Sequoia Capital India, Chiratae Ventures and Accel will participate, these persons said.

The capital-raise is expected to be a downround or remain unchanged from its current valuation of a little over $500 million, one of the persons quoted above told YourStory.

The deal is expected to be finalised next month.

Bounce and existing investors did not immediately reply to emails from YourStory. Sequoia declined to comment.

The muted valuation is likely a fallout of both Bounce’s multiple pivots in its core business to challenging macroeconomic conditions.

Bounce was founded in 2014 by Vivekananda Hallekere, Varun Agni, and Anil G as an app-based platform for booking two-wheeler rentals. The company made a pivot to manufacturing electric vehicles with the launch of its electric scooter earlier this year and has been focusing on strengthening its battery swapping network since.

The smart mobility startup has raised close to $200 million till date. It raised $105 million in a Series D round in January 2020, just a few months before the pandemic hit.

The Bengaluru-based company was looking to raise $100 million in 2022 to launch new products and expand its battery-swapping network, according to an ET report.

The plan is likely to have been stalled due to the wider economic slowdown, according to the persons quoted above.

The company also laid off close to 80% of its workforce last year as part of a cost-cutting exercise, according to media reports.