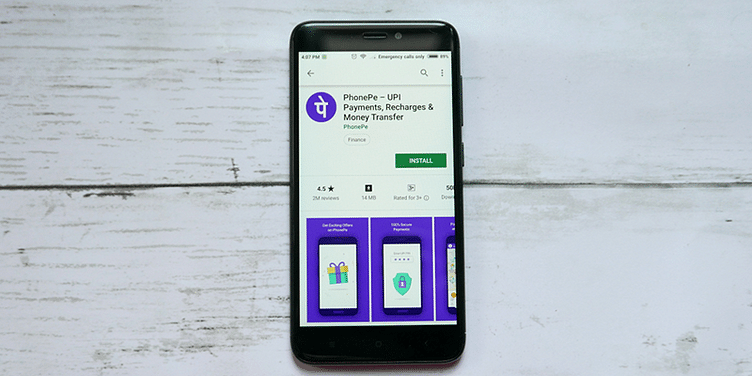 This is the second major fundraise by PhonePe this year from its parent. The fintech giant recently moved its domicile from Singapore, besides completing a few major acquisitions to strengthen its financial and tech platform play.

Flipkart-owned digital payments platform ﻿PhonePe﻿ has received a fresh capital infusion of about Rs 742 crore from its Singapore-based parent, even as it reported a wider consolidated loss for the 2021-22 financial year.

This is the second major capital raise by the company from its parent this year. In March, the fintech company passed two separate resolutions to allot a total of 2.5 million equity shares to PhonePe Pvt. Ltd, Singapore to raise $297 million (Rs 2,275 crore).

The equity shares were then priced at Rs 8,901 apiece, comprising a securities premium of Rs 8,891.

In a separate filing Tuesday, PhonePe reported standalone revenue from operations of Rs 1,640 crore for FY22, up from Rs 690 crore in the previous fiscal year.

PhonePe did not immediately reply to queries until the publishing of this story.

This year has been significant for PhonePe as it moved its domicile from Singapore to India in September as a run-up to its public listing plans. All PhonePe Group businesses and entities are now wholly owned by and consolidated under PhonePe Pvt Ltd, India.

The firm has been eying major acquisitions to boost its financial and tech platform play, or its “super app” plans.

Earlier this year, the Bengaluru-based firm completed its all-cash acquisition of Indus OS, a homegrown app and content discovery platform, besides acquiring three other ventures—investment platform WealthDesk and wealth management platform OpenQ for a combined $75 million, and Pune-based marketplace for gig workers GigIndia.

PhonePe intends to integrate hundreds of thousands of Indian apps such as Indus App Bazaar to its PhonePe Switch, which already has some mini apps integrated.

Since its venture into financial services in 2017, the app has introduced a series of offerings including third-party mutual funds, insurance products, tax-saving funds, liquid funds, international travel insurance, and life insurance, besides utility payments.

It has also applied for mutual fund and Payment Aggregator licences.

In September, Moneycontrol reported that the company was looking to launch its own payment gateway as an extension to its current QR code-based UPI payment service and in-app payments.