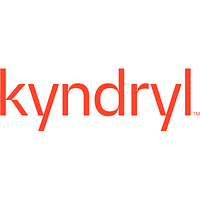 Sustainability and transformation: The role of legacy brands and startups in driving development 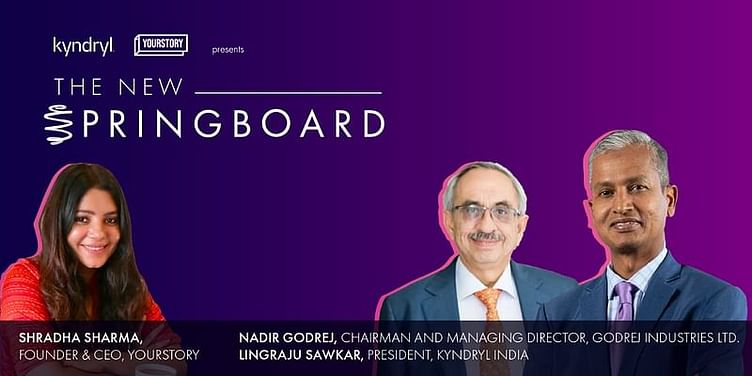 Driving innovation and sustainable development through technology has been at the forefront of many companies’ growth strategies. Here’s how companies can work together to achieve the same.

There is an increased focus on sustainability and working towards net zero carbon emissions in businesses today. This has to work in tandem with transformation in the digital space, with more collaborations and partnerships between legacy brands and startups. This is one of the many ways we can drive development and growth in India in this age of innovation and advancement.

These were some of the insights that emerged in a discussion led by YourStory’s Founder and CEO Shradha Sharma as she engaged with Nadir Godrej, Chairman and MD, Godrej Industries and Lingraju Sawkar, President, India, in the latest episode of ‘The New Springboard’ series powered by ﻿Kyndryl﻿. The series brings together top leaders from high-potential startups, unicorns, and enterprise businesses to brainstorm ideas and perspectives that can facilitate and bolster growth.

India needs sustainable growth in all segments and strata of society to become a developed nation, according to Nadir. Sectors such as infrastructure, green energy, fintech, and digital transition will play a big role in the endeavour to attain the status of “developed” by 2047.

He says that we need to bank on green sources of energy that can provide 24/7, rather than intermittent renewable energy sources. “At Godrej, we will focus on digital transformation, particularly agriculture, new and innovative financial services, and biomass-based energy – both from agriculture by-products and new crops, such as bamboo,” he says. He also notes that India is very competitive in chemicals, so Godrej is looking to expand its chemical businesses with a special focus on green chemistry.

Lingraju is optimistic that we will hit the objective the prime minister has laid out in much less time than stipulated. “Foundational sectors will continue to be a priority, which are infrastructure, financial services, telecom, and heavy engineering,” he says, adding that India has the advantage of the power of digital transformation and technology underneath, which will contribute to development. Both Nadir and Lingraju believe the next set of 30 years of development is going to be built a lot more on sustainability.

Role of ecosystem partnerships in growth

Nadir highlights that partnerships, in varying combinations between corporates, governments, and NGOs, are important, especially in setting up infrastructure in the manufacturing zones in the chemical industry. “But individual effort also has a big role to play”, he adds.

He notes that government mandates and production-linked incentives do not always work as expected, hence we have to rely on ourselves. He agrees that we need to look at optimal partnerships that lead to tangible growth, which is often not the case, unfortunately.

“The biggest leverage is going to come in through the financial inclusion objectives that are being set,” Lingraju says, adding that Kyndryl works closely with companies in the microfinance industry that lend to women groups, which is aiding the development at the bottom of the pyramid. He says that Kyndryl is now working with Godrej in the digital transformation area to accelerate cloud adoption, which opens up possibilities for open ecosystem play in analytics, consumer insights, and market opportunities.

The second area of work is driving individual marketing rather than mass marketing, so “you can create offerings and value propositions to a single consumer and then scale it up to many,” he adds.

“We have a long legacy but we are always cognizant that our values need to remain the same, but we must modernise, and we have consistently been modernising while maintaining our values,” says Nadir, adding that carrying all stakeholders, corporate social responsibility, and innovation has been important to the company. He relays the story of Godrej founder Ardeshir Godrej founding the company on the principle of innovation based on his conversation about an independent economy with Mahatma Gandhi.

Hopeful that all their stakeholders will continue to benefit from them, Nadir says that the company follows the philosophy that their role is nation-building, and believes that looking after stakeholders is the best way to look after their business, which is a symbiotic relationship. “If you see Mahatma Gandhi’s influence on many pioneering businesses, you would conclude that he is the greatest Indian businessman,” he adds.

Giving the example of fintech startups and public sector banks mutually benefitting from technological innovation, Lingraju highlights that technology has levelled the playing field between legacy brands and startups and adds that it allows partnerships to form between startups focused on a single capability and legacy brands that can harness that capability.

A promise to build a greener world

Nadir says that in 2010, Godrej launched the Good and Green program, which focused on several goals, including good health through sanitation, environment, and education. He adds that their focus was on negating carbon emissions by championing neutrality and hailed the mandated CSR project in India that will help the environment, health, and employability of the nation.

Godrej will continue to focus on preserving biodiversity, fixing the poor sanitation situation, and ensuring clean water to fight various diseases, he adds.

One of the areas Kyndryl is working on is to ensure a lot of green sources of energy go into data centres to make them efficient, says Lingraju. They are also working on identifying how to harness technology to enable skilling to make the most of India’s employable demographic.

Another area Kyndryl is working in is ‘Beyond the Tier-I’, which is focused on extracting the potential and talent in Tier II and III cities. “We are working with various government bodies and developing capabilities which are ready for employment and consumption in Tier II and Tier III cities,” he says, adding that this development addresses sustainability, employability and skill, and enables growth in these cities.

“Inclusiveness is important, not only because you have to be just and fair, but you get better ideas,” says Nadir, adding that one should try to attract people from all backgrounds to result in better thinking.

He also emphasises on ensuring that everyone feels welcome and is heard in the organisation. He acknowledges that, given our biases, this is a difficult and constant challenge to be neutral but we must keep working towards it.

“You learn to be a leader in a crisis,” Nadir says, adding that he believes in relying on his team through such situations. He notes that they were able to turn around one such situation by bringing the team together to brainstorm and work collectively. “You need to get the input of everybody. At the same time, you need to be decisive… as long as you have thought things out and you have an alternate plan, it is easy to make a decision,” he adds.