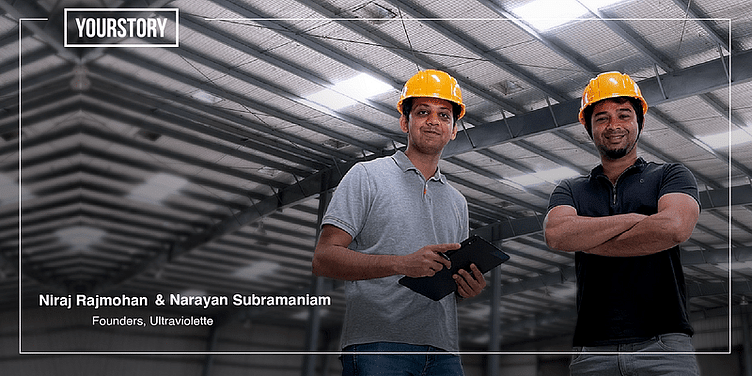 The funding will be used to ramp up the company’s presence in India, and subsequent expansion in international markets as well as strengthen the brand’s technological capabilities and prowess.

Bengaluru-based two-wheeler startup ﻿Ultraviolette Automotive Pvt Ltd﻿ has raised an investment from Qualcomm Ventures and Lingotto to expand its Series D round.

Ultraviolette will use the funds to ramp up its presence in India as well as expand into international markets.

“As we countdown to the commercial launch of the F77 in India,  this investment is a testament to the fact that we have been able to create a distinct identity for Ultraviolette and the F77 and build aspiration for the product across global audiences," Narayan Subramaniam, Co-Founder and CEO, Ultraviolette, said in a statement.

Niraj Rajmohan, Co-Founder and CTO, Ultraviolette, stated, “While we focus on commercially availability of the F77 in India, we are also actively building the roadmap for our subsequent expansion in international markets, and this  capital infusion will be integral in augmenting our efforts in some of these markets.”

With an industry-leading IDC range of 307 km on a single charge, the Ultraviolette F77 will be commercially launched on November 24th. The company opened its pre-orders on Oct 23rd and will roll out the product in a phased manner, with the first batch of motorcycles being delivered in Bengaluru.

Qualcomm Ventures invests in companies focused on 5G, Artificial Intelligence, Automotive, IoT, Enterprise and Cloud, and XR/Metaverse. It has over 150 portfolio companies in its portfolio and manages over $2 billion in assets across the United States, China, India, Israel, Europe, Latin America, and Korea.