Zomato co-founder Mohit Gupta steps down from his role 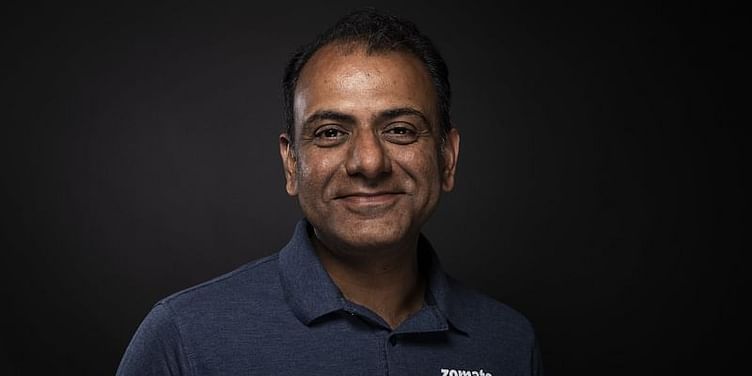 Mohit Gupta had joined Zomato in 2018 as CEO of its food delivery business and was part of the leadership team to take the food technology major public in 2021.

Delhi-headquartered foodtech company ﻿Zomato﻿ announced that Mohit Gupta, who was elevated to the status of Co-founder in 2020 tendered his resignation on Friday.

Mohit joined in 2018 as CEO of food delivery business, after serving as Chief Operating Officer at online travel aggregator MakeMyTrip. Mohit was pivotal in taking both MakeMyTrip and Zomato public.

In his farewell letter shared by Zomato with the stock exchange, Mohit said that over his four-and-half year stint at Zomato, him and Founder and CEO of Zomato Deepinder Goyal managed to survive the competition, pandemic and more. He did not specify his next move.

“Over the past few years, I have seen Deepi (Deepinder Goyal) become an even more mature and confident leader who is now completely capable of leading the business into a bright future with all of you by his side,” he said in his resignation letter.

He further added, “It is with this confidence that I am deciding to move on from Zomato to seek the other unknown adventures that life holds for me. As I look ahead, I am full of excitement for the vision that Zomato, Blinkit, Hyperpure and Feeding India are building towards.”

Earlier this month, Rahul Ganjoo, Head of New Businesses at Zomato announced his resignation. He joined the company in 2017 as Vice President. Zomato’s Vice President of Global Growth, Siddharth Jhawar too resigned from his position to join Moloco as Country Manager for India.

In August, it was reported that Zomato was looking to create a group business under a multi-CEO model. The group company was likely to be called Eternal, according to reports based on Zomato’s internal communication. The different business verticals including Zomato, Blinkit, Hyperpure and Feeding India will be led by different CEOs who will report to Deepinder Goyal, said the reports.

Zomato reported narrowed net losses for the quarter ending September 30,2022 to Rs 251 crore from Rs 430 crore in the year-ago period. Revenue from operations at the company rose by 62.2% to Rs 1,661 crore year-on-year.