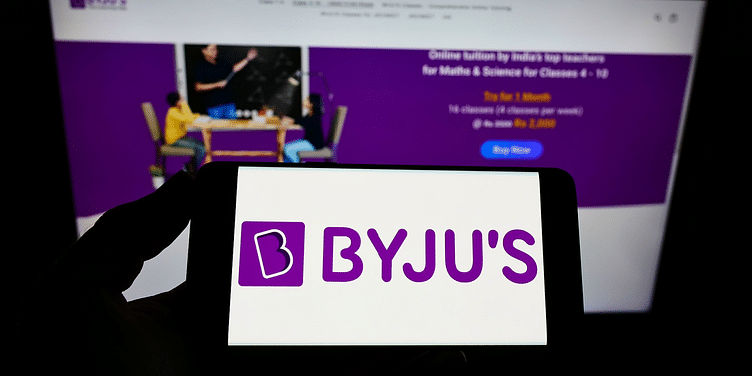 Edtech giant BYJU'S said that with over 150 million registered students and top-of-the-mind brand recall, it does not need to buy or use external databases.

Edtech unicorn ﻿BYJU'S﻿ on Wednesday denied allegations of purchasing phone numbers of children and their parents and threatening them that their future would be ruined if they don’t buy its courses.

“BYJU'S strongly denies the allegation that it purchases students' databases. We categorically state that we have never bought any database,” the edtech company said in a statement.

The clarification comes a day after the National Commission for the Protection of Child Rights (NCPCR) Chairperson Priyank Kanoongo told ANI, “We came to know how BYJU'S buying phone numbers of children and their parents, rigorously following them and threatening them that their future will be ruined.”

The NCPCR chief added, “They're targeting first-generation learners. We'll initiate action, and if need be, will make a report and write to the government.”

The edtech company further stated that with more than 150 million registered students and with the top-of-the-mind recall that the BYJU'S brand has in India, it does not need to buy or use external databases.

“We emphasise that our lead pipeline comprises exclusively of our app users, walk-ins, and incoming requests for consultation. BYJU’S is ranked No. 19 in the coveted Kantar list of India’s most trusted brands. We do not need to and we never make cold calls or unscheduled walk-in visits. We strongly refute any allegation that indicates otherwise,” the company elaborated.

The apex child rights body has issued a summons to CEO Byju Raveendran over allegations that the company is indulging in malpractices to lure parents and children to buy their courses. He has been summoned to appear before NCPCR this week.