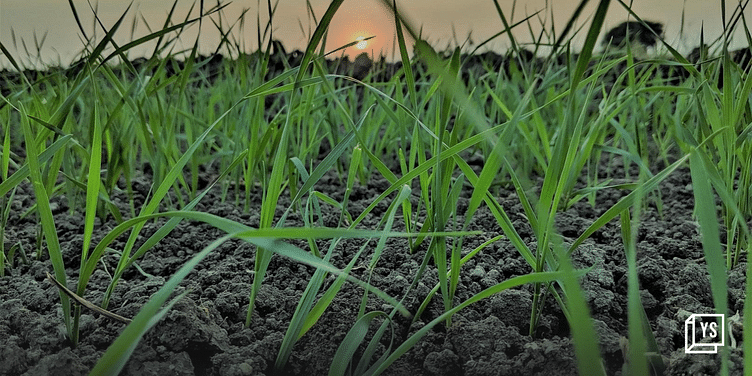 The startup, founded in 2018 by Kirthee Thakkar and Rajendra Badrinarayan Barwale, focuses on providing nature-based solutions to address climate challenges faced in agriculture.

Agritech startup ﻿Grow Indigo﻿ has raised over $6 million in its recent funding round. So far, the Mumbai-based startup raised a cumulative capital of over $13 million from investors, including Mahyco, Indigo AG, and HNIs.

The startup, founded in 2018, focuses on providing nature-based solutions to address climate challenges faced in agriculture and ensures that farmers/stakeholders have a connection with both input and output markets to maximise their access and incomes.

Grow Indigo encourages the concept of farming carbon as a crop for smallholder farmers in India. When implemented on 120 million acres (i.e. about one-third of cropland in India), the company expects a 1% increase in soil carbon would remove over 7 gigatonnes of carbon dioxide equivalent from the atmosphere.

Carbon as a new crop could become the fifth largest agri commodity in India, expected to generate $7 billion annually in additional income for smallholder farmers by 2030, the startup said.

Grow Indigo expects to enrol over 3.5 million acres in the next two years. It has invested significantly to build a large library of useful microbes, enabling farmers to reduce their chemical inputs and increase their ability to generate carbon credits. Its proprietary microbial consortium already covers four million acres.

Usha Barwale Zehr, Chairman and Executive Director, Grow Indigo, said, "With sustainability at its core, Grow Indigo will continue to scale up carbon farming in India."

The startup has a team of 200 agronomists, data scientists, engineers, technicians, members of the sales team, and researchers committed to solving the climate crisis through agricultural interventions.

Through the sale of carbon credits generated by adopting regenerative practices, the startup has built an alternate source of sustainable income for farmers. Its network and digital platforms already connect with over one lakh retailers and FPOs and over 10 million farmers.

(This story was updated to reflect a factual correction in the designation of the chairman.)