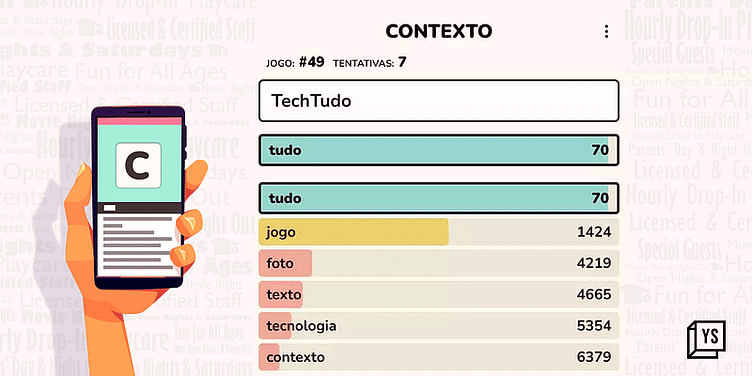 Launched on the Google PlayStore in November 2022, the app works with infinite guesses and an AI algorithm, which calculates how close you are to the word of the day.

If there is one game 2022 would be defined by, it is Wordle. The New York Times-owned game took Twitter by storm, with almost everyone talking about it. Guessing a five-letter word in six tries and posting about it was an unsaid mantra and being able to guess the word in three tries was a coveted streak. Some would even show off if they were able to guess the word in less than three tries.

If you still want to jog your vocabulary and like word games, Contexto might be the app for you. This app uses an artificial intelligence algorithm, which tracks how close you are to the word of the day.

It has just over 5,000 downloads and a three-star rating, according to its listing of the Google Playstore. Contexto also has a corresponding web version that can be played on a web browser.

How do you use Contexto?

Once the app is downloaded, you are straight away taken to a page where you can start playing the game. The user interface has a black background with a box in the middle, saying ‘Today’s Game’. The background can be changed to white by going to settings, and also on the main page.

You can also click on ‘Previous Games’ to guess the previous words dating back to September. The rest seems pretty self-explanatory once you are in, but just incase you feel like you require a guide, there is a “How to Play” section on the main page.

To proceed with the game of the day, users can click on continue. This will lead you to another page with a bar where you can type in guesses. The closer you are to the word of the day, you will see the rank reducing and the colours change.

For instance, if you are far away from guessing the right word, then the ranking would be a four-digit number and the colour of the bar would be red, while the closer you get the colour changes to orange, with three digit ranking , leading right up to green. The ranks could still be in three, two- and single-digit numbers.

You have an unlimited amount of guesses. Once a user gets the right word, they would have the first rank. It is to be noted that Contexto does not accept certain words as guesses. For instance, the app could not recognize Netflix, Tart and Costata, among others.

There isn’t a single way to crack the game. However, it does seem to function a bit on patterns. For instance, when I started guessing the words today, these were majorly random guesses. But then the word ‘Diner’ turned the bar green and the algorithm gave it a 39th rank.

Double digit means I was getting closer to the right word. Then I started guessing the food that is sold or things related to a diner. Burgers, fries, booth, sandwiches, and cake, among others. The bar kept turning green and the rank dwindled between higher and lower double digits.

No doubt, there is a dopamine hit when suddenly the bar turns green and you get a rank in the lower digits. Single digits are the best because it means you are coming closer to your right guess. But, the unlimited guesses are a double whammy—while you can keep predicting and trying to figure out a pattern, you need to be patient while playing it.

Unlike Wordle, where the guesses are limited, there is a complete end once you exhaust the tries. In this unlimited guess version, you could beat around the category and still be unable to finish.

Hints could have been a good addition, especially since you have infinite tries. Some of the words are great in interesting areas like food. All in all, it is worth a shot when you get some time off or during breaks at work, particularly because the dopamine rush after you bag a single-digit rank is too hard to beat.