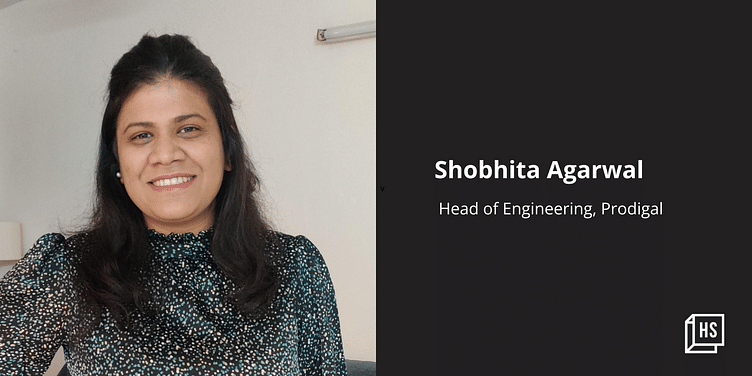 WordHurdle, which Shobhita Agarwal and her husband built, garnered a lot of users and caught the attention of the founders of Unwind Media, who eventually bought the game from the couple.

Wordle, the bite-sized word game that caught the attention of several people online earlier this year, did not spare Shobhita Agarwal either. Down with COVID-19 and bored, she and her husband, Dipesh Mittal –residents of Bengaluru – discovered the game one day and were soon hooked to it.

“We would play it every day and that just sparked interest in us,” says Shobhita, Head of Engineering, Prodigal, a California-headquartered consumer finance intelligence company.

Wordle gives users not more than six chances to guess a five-letter word. The game, created by Brooklyn-based software engineer Josh Wardle, uses a simple user interface that allows players to play the game only once a day.

Intrigued by the game, Shobhita and her husband decided to build their own version of Wordle. The two of them worked overnight and created ‘WordHurdle’, a game similar to Wordle, available twice a day, wherein users had to guess six-letter words.

Their initial idea was not to publish the game but let it be another game for them to enjoy. “When we made it, we just posted it on our blog and shared it with our friends, who were similarly addicted to Wordle,” Shobhita tells YourStory.

Their friends liked the game and started playing it every day. “They gave us a lot of feedback, and we started iterating on the product,” says the techie.

Within a week, the game became popular in the couple’s immediate circle; people were playing it twice a day without fail. So, the couple removed the game from their blog and posted it on its own domain.

Excited to check the user traffic, Shobhita would open the Google Analytics dashboard first thing every morning. “It was amazing. The graph just kept rising,” she says.

Within a month, WordHurdle clocked 100,000 daily active users. To give a comparison, in January 2022, when Wordle had just become an internet frenzy, it had 300,000 users, which later touched millions.

Though they were not sure how to take it forward, the couple just kept developing features and fixing bugs in the game. Two months after the launch of WordHurdle, the game had 300,000 to 400,000 active users, who kept giving their feedback on Twitter and Facebook. About a month later, the game’s user base peaked to 600,000 users from all over the world. This is when the couple was approached by a gaming company called Unwind Media in the US, which operates the website Solitaired.com.

The couple, who were invested part-time in WordHurdle, felt they would not be able to do full justice to the game and decided to sell it in April 2022.

“We liked the founders (of Unwind Media), we had similar visions,” says Shobhita. “A lot of folks suggested ads, but we did not want to hinder the user experience. Acquisition seemed like a good way.”

Unwind Media has rebranded the game since then. It has developed a new version and built more features, incorporating some of the suggestions of the couple.

This wasn’t Shobhita’s first experience in building scalable technology. In her earlier stints with Tally and Amazon, she had worked on core computing concepts and databases and built technology platforms.

Shobhita had been interested in technology ever since her school days. Computer engineering, in particular, had fascinated her since Class 10. After schooling, she went on to study computer science at Nirma University in Ahmedabad, Gujarat. Then she got placed in Deloitte in the roles of an analyst and a consultant. However, she wasn’t sure if this kind of job was meant for her as she wanted to work on core technology concepts.

Like it is for most freshers, the path ahead wasn’t clear for Shobhita either. “I did not know what those concepts were, but I was sure that I wanted to work on core technology, things that I had studied.”

Being someone who wasn’t averse to taking risks, Shobhita applied for jobs beyond what the college’s placement cell offered. Finally, she was hired by Tally Solutions.

At Tally, her team worked on moving on-premise solutions to the cloud. Shobhita helped build some parts of it. This was in 2012-13, when cloud computing was gaining ground.

“I got interested in core computing concepts and got involved heavily in databases,” she says.

Since then, Shobhita has worked on a lot of data-heavy applications and databases and has designed several architectures. Between 2013 and 2015, she worked at Samsung India, helping build mobile browsers for the company’s phones. She also worked at Amazon for about four years from 2015.

At Amazon, Shobhita and her team built platforms for advertising. “Back then, we did not have a good platform for sellers and brands, who typically advertise on Amazon. We’ve built those applications (now), but back then those were pretty nascent.”

In 2013, Shobhita started working with her friends to build a platform to book fields and courts to play sports such as badminton. Though it didn’t take off, the thought of starting something always lingered at the back of her mind.

While she was at Amazon, Shobhita planned to pursue a master’s in computer science from Carnegie Mellon University in the US.  But she deferred the admission by a year as she had second thoughts about it. The lure of starting her own venture was also strong.

When the university reached out in 2019, Shobhita was in the process of starting her venture. “I took another risk, but I was very sure that I wanted to do this,” she says.

In September 2019, driven by her love for travel and her desire to build an experience-led travel company, Shobhita co-founded a startup called Sair. The startup provided an online platform for travellers to plan their journeys, bookings, and travel experiences. “We started building the product. We were doing okay, when the world was struck by COVID-19 in 2020,” says the techie.

Shobhita left Sair and joined a company called Twilio, a San Francisco-headquartered conversational technology company. Currently, she works at Prodigal, where she leads the engineering team. Her team is working on scaling up existing systems and building new products.

What’s her advice to people in the field of technology?

“Just take more risks. Do not shy away from questioning the status quo."