Tech IPOs flopped due to overvaluation by investors: Kanwal Rekhi 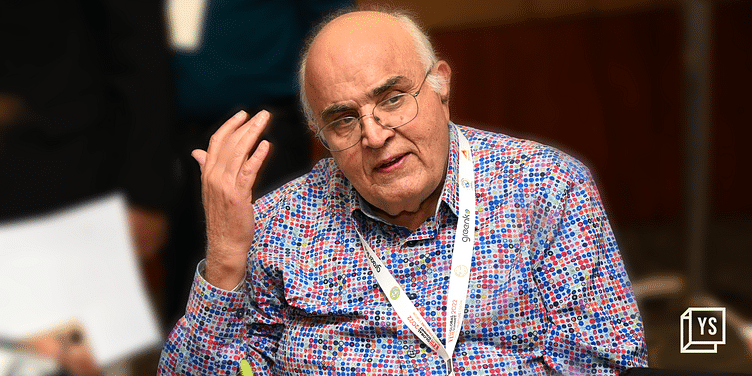 The Indian-American entrepreneur, angel investor, and founding member of TiE holds private market investors responsible for the decline in the values of tech stocks.

Kanwal Rekhi, technology entrepreneur and founding member of The Indus Entrepreneurs (TiE), was among the first Silicon Valley-based Indian-American founders to take smart ethernet cardmaker Excelan public on NASDAQ in 1987. The company later merged with Novell.

“All the IPOs have flopped, and the reason they flopped was that the valuations were set by investors and not based on performance,” Kanwal told YourStory on the sidelines of the recently concluded TiE Global Summit 2022. "They (valuations) were based on how much money you were raising. We need to build companies that are more robust and profitable and let the market value them."

Last year not only saw a rush of startups emerge as unicorns—tech companies deemed to be worth at least $1 billion—but also several mature ones embracing the public markets, providing a coveted exit path for investors that hadn't been broached much until then.

﻿Paytm﻿, ﻿Zomato﻿, ﻿Nykaa﻿, and ﻿PolicyBazaar﻿—a portfolio company of Inventus—all debuted on the Indian public market in 2021, and have since seen their stocks trading 41% to 60% below their issue prices.

The current depressed macroeconomic factors have forced other venture-backed startups, including PharmEasy and boAt, to postpone their public listings.

Kanwal said that investors, including the likes of SoftBank and Tiger Global that have had a significant influence on India's startup ecosystem, were responsible for the inflated valuations, leading to a depreciation in their portfolio value.

“Investors are not stupid people; Son San (Masayoshi Son, CEO of SoftBank Group Corp.) and Tiger Global were. Investors are very happy to make 10 times their money in five to seven years—very easily possible with startups,” he added.

On the funding winter, Kanwal said startups in India don't have much to worry about, but said it would be skewed towards correcting the effect of the heightened valuations from last year.

With an increase in the number of entrepreneurs building from urban and Tier II and III cities, India would need capital flowing into the ecosystem, Kanwal added.

“They (regulators) have made it very hard to invest in India by changing the laws,” Kanwal said, adding, “We had to split Inventus into an India arm, which became Athera Venture Partners and Inventus US, as it had become very hard to have one common fund.”

An alumnus of IIT Bombay, Kanwal has committed to invest Rs 20 crore to seed the Kanwal Rekhi Rural Entrepreneurship and Startup Center (KREST) as part of the social innovation hub run by Kakatiya Sandbox in Nizamabad, Telangana, to encourage rural entrepreneurship.

Founded by Raju Reddy (Founder and former CEO of Sierra Atlantic) and Phanindra Sama (Founder of RedBus), the Kakatiya Sandbox is an extension of the Deshpande Foundation in Hubballi, Karnataka, and is modelled along similar lines.

“We are bringing in the American way of doing things in India, where you create wealth, take care of your family, and then use your wealth to change the scenario,” Kanwal said.