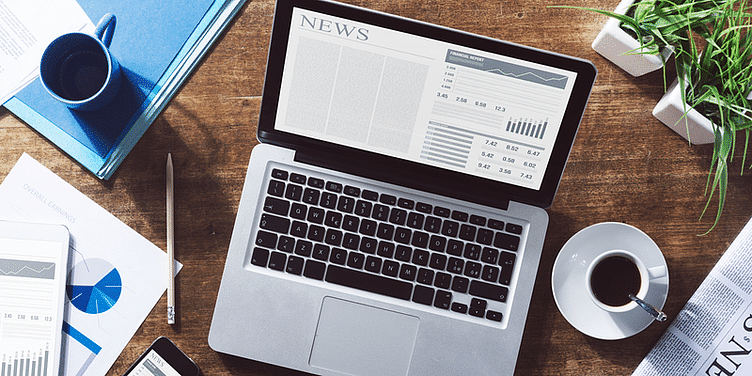 YourStory presents the daily news roundup from the Indian startup ecosystem and beyond. Here's the roundup for Tuesday, December 27, 2022.

EyeGear Optics India Pvt. Ltd. with a current turnover of $35 million, has announced its plans to reach $150 million in revenue per annum by 2027. The company has so far raised $8.24 million over two rounds from Asian Healthcare Fund and VenturEast.

Founded in 2008, EyeGear Optics is the parent company of two leading eyewear brands—Ben Franklin and EyeGear. It is currently present in 26 states, and 250 cities and has 500+ stores.

﻿OhLocal﻿ is looking to scale-up operations exponentially and in parallel increase the Gross Merchandise Value (GMV) on their platform in the upcoming year, i.e. 2023.

Additionally, by 2023-end, it will be targeting to partner with 10,000+ sellers/merchants across India and thereby creating an over Rs 90 Cr business opportunity for them. By the same time, OhLocal aims to expand its tested and proven hyperlocal hybrid-commerce platform to at least 20 cities in India, while adding roughly 300-500 local merchants in each of these cities.

Speaking about this, Raghu Subramanian, Founder and Global CEO, actyv.ai said, “We are happy to announce two new additions to our advisory committee, Rajeev Mittal and S Radhakrishnan. Rajeev’s experience and leadership in building organisations in the technology space is well-known. Radhakrishnan is known for adopting technology to drive operational efficiencies and excellence in large enterprises. actyv.ai’s resolve to deliver industry-relevant and outcome-based technology interventions is now further strengthened.”

Indusface, a TCGF II (Tata Capital) funded security SaaS company, recently released its State of Application Security Q4, 2022 Report, which is the outcome of the analysis of more than 1,400 applications and over 829 million cyberattacks that Indusface AppTrana network blocked in the Q4, 2022, globally. 59% of the websites attacked are in India.

From a revenue perspective, mid-market companies with revenues between $10 million to $1 billion have been subjected to 45% of the cyberattacks and only 21% were large enterprises with over $1 billion in revenue. On the other hand, small businesses accounted for 34% of attacks, which implies that every business is at risk of such attacks.

Indian Institute of Technology Ropar (IIT Ropar) is partnering with IIT Madras and IIM Ahmedabad-incubated Edtech Startup ﻿GUVI﻿ for new initiatives to drive excellence in e-learning services. GUVI will collaborate on research to upgrade its placement-oriented Career Program, ‘ZEN Class’ and Mentorship by meeting the standards of excellence in e-learning services through IIT Ropar. IIT Ropar will conduct experiments on teaching, learning and modern pedagogies that lead to effective learning curves among the learners.

This collaboration will strengthen the ideal vision of Sridevi Arunprakash, Co-founder of GUVI, who endeavoured in her professional journey to ensure quality in tech education and upskilling through GUVI. Such thoughtful efforts had led to the upskilling of over 18 lakh learners worldwide through self-paced online courses and more than 2,000 successful job placements in vivid career domains of ZEN Class Career Programs.

Having been awarded type certificate for AG 365 model, it is now eligible for ₹10 lakh unsecured loans from the Agri Infrastructure Fund at a minimal 5-6% interest. Further, a 50%-100% subsidy can be availed from the Government of India. The made-in-India kisan drone - AG 365 has been developed for agricultural purposes like reducing crop loss, lower agro chemical usage, and better yield.

It has also been accorded RPTO approvals which enables training and capacity building of drone pilots focussed on safe agriculture operations, repair, and maintenance. Marut Drones is tying up with major universities to enable drone pilots with the highest quality training.

Prem Kumar Vislawath, Founder, Marut Drones said, “With both type certification and RTPO approvals by DGCA, the manual inhumane operations can be easily performed by drone making it safe to the operator. This also creates new job opportunities in rural areas. A drone entrepreneur using this drone can earn anywhere between Rs.40000 to Rs.90000 enabling him to work at comfort of his home making a positive impact on farmers."