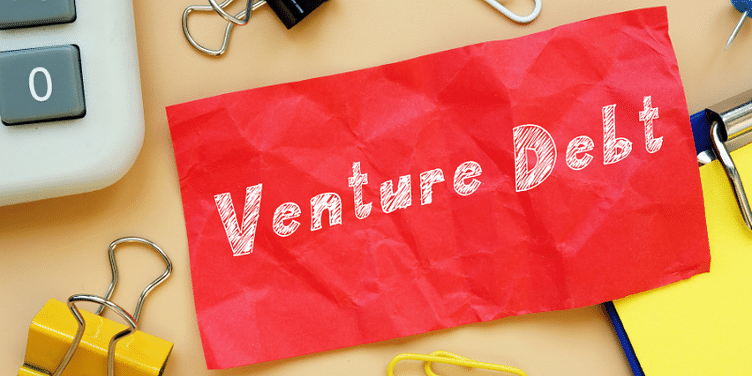 The Indian venture capital ecosystem has significant growth ahead of it this decade, and venture debt will play a vital role in enabling this growth.

Amidst the current slowdown in startup funding, it is easy to lose sight of some of the secular trends that are creating tailwinds for emerging Indian businesses. The Indian venture capital (VC) ecosystem has significant growth ahead of it this decade, and venture debt has a vital role to play in enabling this growth. Thus, it is important to equip ourselves with the talent and capital to take advantage of this window of opportunity, as India moves towards a $10-trillion economy in the next ten years.

Over the last few years, the penetration of venture debt has increased significantly, especially in growth-stage companies, and it’s not uncommon to see 10-20% of a capital raise being met by way of venture debt. With the universe of growth stage companies increasing, we have seen requirements and investment sizes increase gradually, and companies that are past Series B now often seek venture debt in the range of $10 million to $20 million.

It’s important to note that venture debt is offered to companies that have predictable business models, strong equity investors, and a path to profitability. Venture debt provides much needed growth capital that is largely non-dilutive and allows these companies to grow in a more capital efficient manner, thereby improving the return on equity for all stakeholders.

Homegrown firms like Trifecta Capital have been significant contributors to the growth of the asset class and, along with a few other venture debt providers, they have financed hundreds of companies in the last few years.

In the aftermath of the pandemic and after significant changes in the fiscal and monetary policy environment, global economies have slowed, leading to a correction in public equity markets. Markets are now placing more value on profitability compared to the growth metrics that were driving fund raising activity in the last 24 months. The impact of this has been felt even more significantly in technology companies, especially as many of them had been chasing growth at a very high cost.

However, with the change in sentiment, valuations have corrected significantly, and overall investment activity has slowed. This has resulted in a so-called ‘funding winter’ from the middle of 2022, particularly in later-stage VC investments. While deal activity is now again slowly picking up, round sizes are smaller, valuations are lower, and the time taken to close a round is longer as due diligence has become significantly more comprehensive.

The current market conditions have further encouraged founders to leverage venture debt as an alternate capital source. Savvy founders have realised that equity financing can be very expensive at times like these when valuation multiples are compressed. They seek venture debt to optimise their capital structure and lower their cost of capital. Thus, the ecosystem has seen a significant increase in the demand for venture debt, where founders augment their capital base with debt to extend their runways.

This specific trend is expected to be short-lived as such bridge financing may be fraught with risk, and venture debt funds may moderate or even stop participating in such opportunities. However, if the requirement is not merely for survival but to fuel growth, we see attractive opportunities in companies that are well capitalised and looking for additional capital to scale their proven business models.

New sectors such as SaaS, IoT, and electric mobility also show a lot of promise in being able to leverage venture debt as they scale.

Venture debt as a product has also matured with the growing adoption across companies from different sectors and stages. Venture debt financing arrangements are now increasingly becoming customised and tailored to a variety of use cases, while matching underlying cash flows to the debt repayment requirements.

In 2023, we expect early-stage activity to pick up pace, as there is a significant amount of dry powder available with early-stage VC funds, and the best founders will use this window to pull ahead of their peers who are unable to attract capital.

Early-stage investment momentum will continue to form the pipeline for future venture debt relationships. Growth and late-stage companies are likely to focus on their path to profitability or on reducing burn to extend their runways.

We are also likely to see consolidation through M&A, where category leaders will double down by acquiring businesses that are struggling to raise capital but can be complementary to their current businesses. Venture debt has already become an attractive mechanism of financing such acquisitions, and we expect more such acquisition financing opportunities.

Venture debt has emerged as an attractive asset class for investors as it provides superior risk-adjusted returns along with regular yield income, which is distributed throughout the fund life rather than towards its end. Different categories of investors, including banks, insurance companies, corporate treasuries, family offices and high net worth individuals, have started investing in the asset class. We expect interest levels, and consequently we also expect investment activity to increase meaningfully as this market matures further.

There is widespread recognition among capital providers of the growth potential in Indian startups, and venture debt has become a preferred mode of investment, particularly among slightly more risk averse investors who prefer a mix of high yield and capital protection. Further, a rising wave of private credit has found favour among both domestic and global investors, and venture debt represents a significant share of private credit opportunities in India.

With favourable trends on both supply and demand of capital, venture debt is well placed to experience significant growth over this decade and we expect nearly 5x growth from current levels by 2030. This is likely to unlock substantial value for founders and investors as well as serve the nation by supporting high productivity sectors and employment generation in India’s growth journey to a $10-trillion economy.