B20 has important role to play; can be value adding for world, says N Chandrasekaran 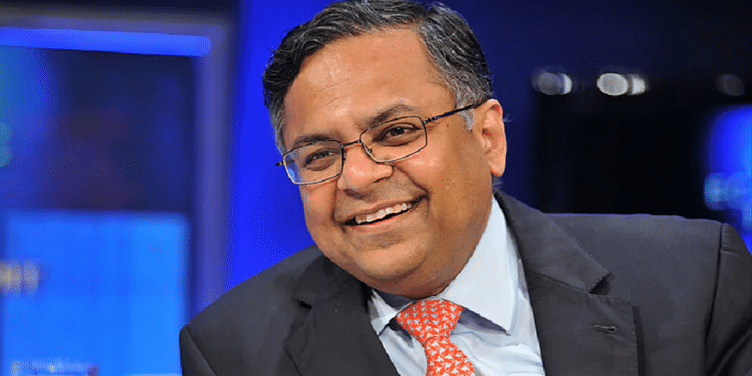 "India is in a very unique position in the world at a time (when) we are seeing several moving parts, and B20, during India's leadership of G20, has a unique opportunity and has a very important role to play," he said.

The Business-20 has a unique opportunity and a very important role to play in working out agenda that can be value adding for all G-20 nations and the rest of the world, B20 India Chair N Chandrasekaran said on Monday.

The Business 20 (B20) is the official G20 dialogue forum with the global business community. It is among the most prominent engagement groups in G20, with companies and business organisations as participants.

In his address at the B20 India inception meeting here, Chandrasekaran, who is also the Chairman of Tata Sons, said during India's leadership of the forum, various initiatives would be taken up in several areas, including global supply chain, creative skills, circular economy, digital transformation and financial inclusion.

"India is in a very unique position in the world at a time (when) we are seeing several moving parts, and B20, during India's leadership of G20, has a unique opportunity and has a very important role to play," he said.

Chandrasekaran said industry body Confederation of Indian Industry (CII) has been associated with the B20 forum for the last 12 years since 2010 in some form.

"So, we've had the opportunity to look at the evolution and the progress (of B20) over the years and have been able to relate it to the context in which the world is functioning today and able to work out an agenda which we think is very exciting and can be value adding for all G20 nations or in fact for the rest of the world not only to India," he asserted.

Each year, the G20 Presidency appoints a B20 Chair, an eminent business leader from the G20 host country, who is supported by a B20 Sherpa and the B20 Secretariat.

"We believe in this period we can come up with a number of initiatives which can be very very impactful," Chandrasekaran said, adding the forum wants to accelerate, be responsible, bring innovation and push sustainability.

"The seven task forces we are focused on are all need of the world at this time, and for the coming decades," Chandrasekaran said, adding the first group is on global supply chains and how to bring resiliency.

The second one is on the future of work as it is getting redefined and is going to record new types of skills.

"So we have wrapped around the future of work and the skills that are required for the 21st century, the coming decade. The creative skills, collaborative skills and the mode of working. We want to define that for the future," he added.

The fourth area is digital transformation -- with India having a tremendous track record of not only the information technology industry but also the deployment of digital in development programmes and public services delivery -- which has a unique role to play, Chandrasekaran said.

"We want to showcase what can be done more in India as well as what can we contribute to the world at large," he added.

The other areas that will be under spotlight during India's leadership of B20 include reviving the global economy and what can be done together to kickstart the financial growth engine globally, R and D, financial inclusion, environmental, social, and governance (ESG), besides a specific task force on Africa.

"I'm very very confident this is going to be a very exciting journey for the next several months and we will not only come up with the term policy recommendations, but also confident that we will leave behind a few specific legacy institutions that will serve the G-20 nations for a long time to come," Chandrasekaran said.