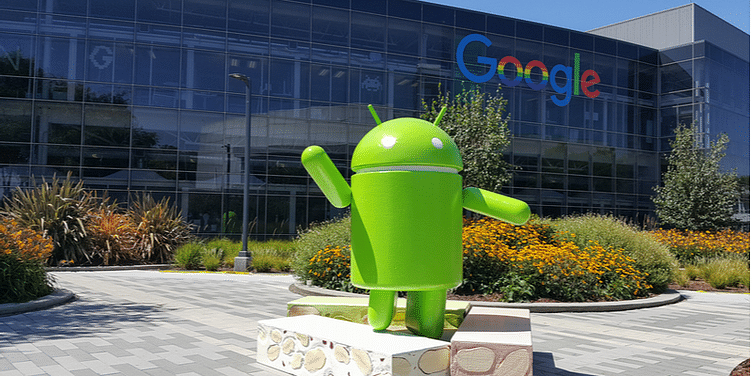 The internet giant warned that foundational disruptions would set back the industry by years and undo investments and efforts made by smartphone makers and developers.

﻿Google﻿ has gone on the offensive against the Competition Commission of India’s ruling on its Android mobile operating system, arguing that the decision would increase exposure to online harm and privacy risks, posing threats to individual and national security.

The internet giant asserted this in a blog post on Friday as it awaits a Supreme Court hearing of its appeal against the CCI ruling.

The watchdog, which has fined Google about Rs 1,338 crore for abuse of Android’s dominant position in the Indian smartphone market, has ordered several measures that are to be implemented from January 19.

“At a time when only half of India’s population is connected, the directions in the CCI’s order strikes a blow at the ecosystem-wide efforts to accelerate digital adoption in the country,” Google stated in a strongly worded post to users and stakeholders.

CCI in its October ruling ordered Google to not restrict smartphone users from uninstalling its pre-installed apps such as Google Maps and Gmail, and to allow users to pick their search engine while setting up a phone, Reuters had reported.

Google warned that devices with incompatible versions of its operating system would not have the benefit of its safety features and security upgrades, leaving users “exposed to cybercrime, bugs, and malware.”

“While Google holds itself accountable for the apps on Play Store and scans for malware as well compliance with local laws, the same checks may not be in place for apps sideloaded from other sources,” the search giant stated.

“Unchecked proliferation of such apps on less secure devices can expose vast swathes of Indian users to risk of their data being exposed and pose threats for individual and national security.”

Google also argued that smartphone makers can already pre-install other apps and app stores, just as users can install apps that aren’t on app stores.

“Foundational disruptions at this stage could set us back years and undo the deep investments and effort made by (device makers), developers and the industry overall,” it said.

Google approached the Supreme Court after an appeals tribunal on January 4 declined to block the CCI’s ruling. In the apex court, Google submitted that the growth of its Android ecosystem in India was on the brink of stalling as a result of the CCI order.

Android powers more than 95% of the smartphones in India.