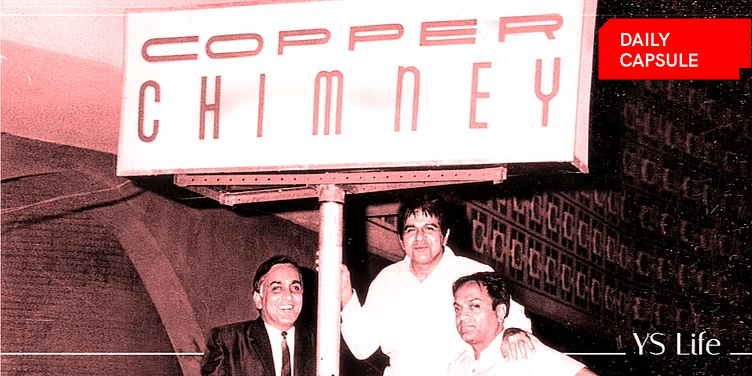 Fifty years on, the restaurant is spreading its wings to explore international markets.

India’s statistics ministry’s first advance estimates show that the country’s GDP is projected to grow 7% in FY23, in line with RBI’s 6.8% forecast earlier.

This is lower than the 8.7% growth India’s GDP saw in the previous fiscal.

In other news, Reliance Retail-backed ﻿﻿Dunzo﻿﻿ is likely to raise $70 million to $100 million (up to Rs 825 crore) through convertible notes to scale its quick commerce vertical Dunzo Daily, reported The Economic Times. This is just a month after it raised Rs 50 crore ($6.2 million) via debentures from Blacksoil India.

Meanwhile, layoffs continue as mobility tech startup Bounce has fired about 5% of its staff to cut costs. Then, PTI reported that Amazon is laying off 1,000 employees in India. This is part of its workforce reduction exercise across the globe, where the company is laying off 18,000.

Here’s your trivia for today: Which city is known as the Glass Capital of the world?

An immigrant’s dream, Copper Chimney was inaugurated by the late Dilip Kumar in 1972. The restaurant has seen several firsts. For one, it was the first restaurant to have a woman head chef, the first standalone to have a show kitchen for its guests, and to introduce the Iranian Chelo Kabab and Burrah Chops from the Khyber Pakhtunkhwa region to the city.

Fifty years on, the restaurant is spreading its wings to explore international markets.

From remote islands to deserts and even relatively lesser-known cities and towns, the world has a lot to offer to the adventurous. In 2023, visit offbeat destinations before the arrival of the social media crowd.

Which city is known as the Glass Capital of the world?