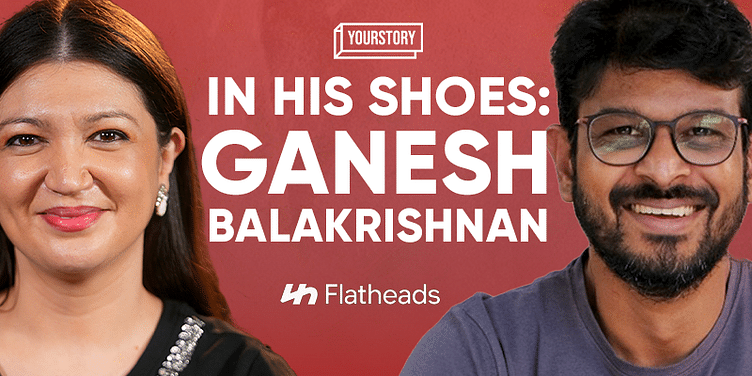 Soon after Ganesh Balakrishnan, Co-founder of brand ﻿Flatheads﻿, the mantra of down but not out, became clear. In the episode, he found himself re-thinking a number of things—from deciding to stay an entrepreneur to the path his company was taking.

That episode was shot in August. YourStory spoke with Ganesh on the occasion of National Startup Day. While he may have been wearing a down and out t-shirt the fact is that he is up and about. After seeing the support from the startup ecosystem, he finds himself back to the drawing board—reassessing the way forward for Flatheads, the first of which will be a limited edition Not Out collection.

“We're launching pre-orders for 900 shoes, and we will begin production only after we get 600 orders,” he said in a LinkedIn post.

To him, this was an opportunity to observe if the interest in Flatheads was just a flash in the pan or if it can be sustained. “If we have to revive Flatheads there is a lot of work to be done. So that’s what I’m trying to do now,” said Ganesh.

“If we were to do it again and do it differently, number one is there capital available, is there support available? Secondly if we have to do this what is the path I would take that is different from what I did earlier. For me if I have to do a three four-year growth trajectory for this brand we really need to think about what is next,” he added.

While he could be opportunistic, developing a strategy to take it forward needs to be done, says Ganesh. “Having said that, the kind of brand recognition we have got of late is like an entrepreneur’s dream."

Despite the several challenges he faced as an entrepreneur, to Ganesh this is still a dream worth pursuing. “Don’t become too pessimistic about startups in general. If you want to get into the entrepreneurial journey, definitely work in a start up first, understand how it works. Reach out to the community, talk to the ecosystem, don’t feel alone,” he said.

With the outpouring of support he received post his vulnerable appearance on Shark Tank in terms of inspiring messages and Flatheads inventory sold out, Ganesh certainly has no reason to feel alone.