Indian economy poised for further growth in 2023 despite global headwinds 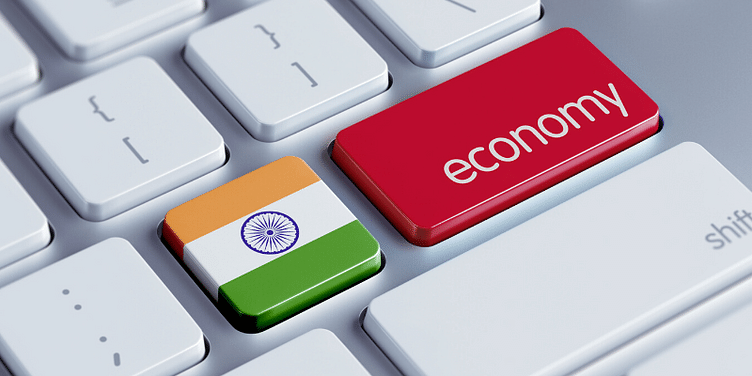 The positive trajectory in the growth trend and improved fundamentals will help the nation in neutralising the impact of global headwinds which are expected to have a bearing on the country's exports in the months to come.

The Indian economy recovered from the COVID-induced downturn in 2022 and is poised for further improvement in the coming quarters though downside risks emanating from geopolitical tensions, the strengthening dollar, and elevated inflation will continue.

The positive trajectory in the growth trend and improved fundamentals will help the nation in neutralising the impact of global headwinds that are expected to have a bearing on the country's exports in the months to come.

The challenges before the government and the Reserve Bank of India in the new year would be to arrest inflation, check declining value of rupee against US dollar, and promote private investment and growth, with a view to ensure that the country remains one the fastest growing major economies of the world.

"From the viewpoint of India, in terms of headwinds originating abroad, the worst is probably behind us ... Overall, I still expect us to end the current fiscal year with a growth rate exceeding 7%.

"Next year, the 7% growth rate should sustain assuming the forthcoming Budget does not have any negative surprises," opined former vice-chairman of the Niti Aayog and noted economist Arvind Panagariya.

The biggest problem the economy faced was persistent high inflation which remained above the Reserve Bank's comfort level for most of the year. In fact, the RBI had to file a report to the central government on why it failed to check inflation.

The depreciating rupee against the US dollar too remained a challenge for policymakers making imports costlier and, in turn, impacting the country's current account deficit. The rupee, according to analysts, will continue to remain under pressure in the coming months.

Exports too faced global headwinds and the things may not be rosy either in 2023, because of recession in key western markets and geo-political crisis due to the Russia-Ukraine war.

Later months of 2022 witnessed lots of job cuts in the technology segment amid global economic turmoil, though a mixed bag of opportunities is likely to greet job aspirants in the New Year as telecom and services-oriented sectors are anticipated to accelerate hiring.

"These dynamics are helping to stabilise key debt metrics including the debt-to-GDP ratio, and the government's interest burden, albeit at still-elevated levels. While this tailwind will fade heading into FY24, we still expect India to achieve solid growth next year," Wood added.

India also bears some risks associated with the expected global slowdown, as well as higher interest rates and inflation, especially as tighter monetary policy continues to work its way through the system, he added.

The Reserve Bank front-loaded interest rate hikes to check inflation as well as rupee depreciation triggered by a repeated hike in interest rate by the US Federal Reserve, thus making loans dearer.

However, a surge in post-pandemic pent-up demand helped India's property market, one of the largest employers in the country, overcome risks from rising interest rates this year but the dream run might face hurdles from global headwinds in 2023.

The government too is hopeful to meet the fiscal deficit target of 6.4% of the GDP on back buoyancy in revenue collection.

Former Reserve Bank Governor Raghuram Rajan has opined that the next year will be difficult for the Indian economy as also for the rest of the world and the country failed to "generate reforms" needed for growth.

He said policies should be formulated keeping in mind the lower middle class which suffered the most due to the coronavirus pandemic. Rajan also pitched for creating a conducive environment for small and medium-scale industries and giving a push to a green revolution in the field of sustainable energy.