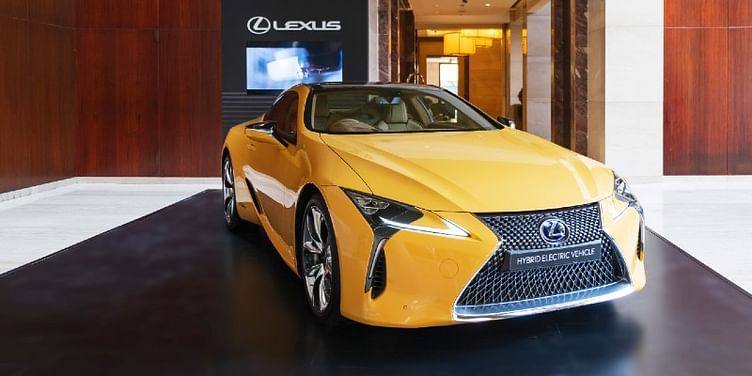 Lexus expects the domestic luxury car segment to grow in a sustained manner with electronic component supplies stabilising and a new set of customers looking to get into the segment, a top company official said on Wednesday.

The company, which is the luxury car arm of Japanese auto major Toyota, on its part is looking to keep bringing in new models and technologies to offerings to its prospective customers.

"Last year, we have seen a big revival in the luxury car market.. the penetration of the luxury car segment is likely to improve to 1.5% (of the overall passenger car market) if not more this year. In the future years, however, it is expected to grow even further," Lexus India President Naveen Soni told PTI in an interaction.

Citing examples of various international markets, he noted that the Indian luxury segment has now reached a point where it is expected to keep growing on a mid to long-term basis.

Elaborating on Lexus India, he said, "We have been able to introduce five to six models here in the last five years, but we want to grow from here because of the experience we have gained about the customer mindset, about the understanding of their business conditions. So we are now in a position to take a big leap forward."

The company has grown its sales network from four outlets in four cities to 17 outlets in 13 cities last year, he noted.

"This was a big jump as we are preparing for our future. Given the situation as it exists we clearly see there is a big shift happening towards the luxury car industry," Soni said.

The only challenge the industry is facing right now is from the supply side, which hopefully, will be eased out going ahead, he added.

"We have grown by over 75% last year. So that gives us the confidence that the consumer is ready to adopt new products, technologies," he added.

On the sales outlook for this year, Soni noted, " The pending order bank is always a reflection of what the consumer is confident about, and that gives us confidence that we can even outstrip last year's growth this year."

The only major constraint at the moment is component supplies, he noted.

Lexus on Wednesday unveiled the RX in two trims the RX350h Luxury Hybrid and the RX500h F sport Performance.

The company said it has commenced the bookings of the model.

"We are confident that the introduction of these two variants will set a new standard in the Indian luxury car segment," Soni said.