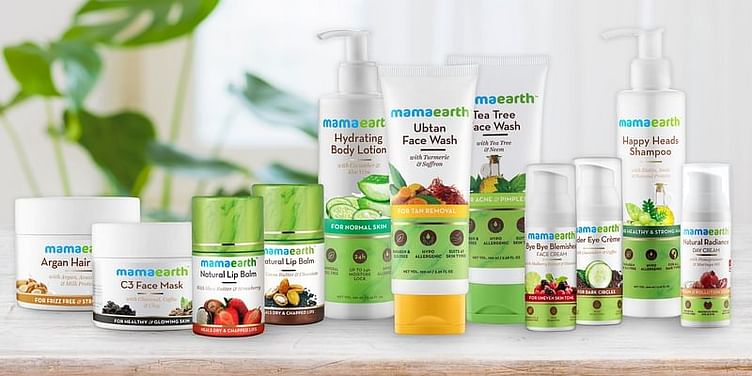 Mamaearth, one of the few successful consumer brands, has filed its draft prospectus for a public listing. But its valuation projection and pressure on profits remain critical concerns.

At a time when markets have been volatile and several companies such as ﻿boAt Lifestyle﻿, and ﻿Snapdeal﻿ have withdrawn plans to go public, Honasa Consumer’s bold move to raise funds via an IPO has raised many questions.

The two tough ones? The timing of the IPO and the valuations sought by the company.

Honasa Consumer, the parent company of D2C brands such as Mamaearth, The Derma Co, and BBlunt, has sought a valuation of $3 billion, or about Rs 24,000 crore, through its IPO.

In its Draft Red Herring Prospectus filed last week, Mamaearth’s parent said it is looking to raise as much as Rs 2,400 crore through its IPO. It expects to raise about Rs 400 crore through a fresh issue of shares and the rest through an Offer For Sale (OFS) of about 4.7 crore shares.

Honasa plans to use the proceeds of the IPO towards advertising expenses to improve awareness and visibility of the brands, for opening new salons through its subsidiary BBlunt, inorganic acquisitions, and setting up new exclusive brand outlets.

Founded in 2016, Honasa Consumer now operates with a house of brands architecture under which it houses six of its key brands. Its flagship brand ﻿Mamaearth﻿, which sells toxin-free beauty products, emerged as the fastest growing beauty and personal care brand in India to reach an annual revenue of Rs 10 billion (in the preceding 12 months) within six years of launch.

At the end of FY22, Honasa Consumer posted a net profit of Rs 14 crore and revenues of Rs 943 crore. For the six months ending September 2022, the company posted revenues of Rs 722 crore and profits of Rs 3.6 crore.

Mamaearth's move also comes at a time when many internet-led firms, notably boAt, Snapdeal and ﻿FirstCry﻿, have already shelved their listing plans, largely due to tough market conditions. Moreover, Mamaearth is also at the risk of following the likes of other new-age brands like ﻿Paytm﻿, ﻿Nykaa﻿, and ﻿Zomato﻿ whose stock prices have lost value greatly over the last few months.

Mamaearth's rare success story also sets a tone for other consumer brands that have been trying to follow suit for so long.

The concern on the street is the valuation of Honasa Consumer’s proposed IPO.

In January 2022, Honasa Consumer raised $52 million at a valuation of $1.2 billion. One year later, the company is seeking a valuation of $3 billion through its IPO. The valuation target is more than 1,000x its profits, which has left the market perplexed.

To get a better sense of a company's valuation, analysts often take into account its EV/sales multiple, a measure that compares the enterprise value of a company against its annual sales.

“Mamaearth is asking for a valuation of 16-17x EV/sales for FY23 numbers, and assuming a forward 40-45% revenue CAGR, the valuations would be somewhere about 10x EV/sales,” said Karan Taurani, Senior Vice President, Elara Capital.

This while traditional consumer goods companies are trading at 6-7x EV/sales for FY23.

“Mamaearth has been successful in establishing itself as a formidable D2C brand, perfecting both its product and distribution strategies,” said Ankit Kedia, Founder and Lead Investor at early-stage venture capital firm Capital A. "But it’s important to note that large FMCG players such as Unilever and P&G have taken decades to reach where they are now, which means Mamaearth has a long way to go."

Analysts are drawing a parallel to Falguni Nayar-led ﻿Nykaa﻿, which recently got listed, when it comes to valuations.

“​​In terms of profitability, Honasa could scale up profits to Rs 50 crore in the best case scenario over the next couple of years if all goes well in terms of expansion of offerings, offline, etc. Based on its ask valuation of $3 billion, its forward P/E Ratio multiple will be in the range of 500x, way ahead of what Nykaa is getting today in terms of valuations (approximately 150x P/E Ratio),” said Karan of Elara Capital.

As competition in the beauty and personal care market heats up, analysts believe that a platform or aggregator will always do better than a single D2C brand as the offering is wider and consumer recall is better.

Another industry expert, declining to be identified, said it would be difficult to scale for a brand that wants to sell directly to consumers via an offline channel, as investment needs are significantly higher both in terms of infrastructure and distribution.

“If I was a retail investor, I would definitely want to put my money into an aggregator rather than a single brand,” this person said.

Investors look at margin levers and the path to profitability for any company seeking to raise capital.

In Honasa Consumer’s case, the company is pushing hard to improve overall business efficiency. It aims to optimise the channel mix for its flagship brand, Mamaearth.

The company is also working towards deriving further benefits of economies of scale across all aspects of its business model. “Between FY20 and FY22, our gross profit margins improved by 3.46% from 66.50% to 69.96%, respectively,” Honasa Consumer said.

Even though the long-term strategies look interesting, there is a looming fear of a repeat of Paytm’s stock downturn for retail investors.

Paytm's share price has been on a decline ever since it got listed on November 18, 2021. On day one of listing, the stock closed 27% below the issue price, and it was attributed to the lack of clarity on its business and revenue models. In November last year, it saw a steep decline amid reports of a sell-off by key stakeholder SoftBank.

“The failure of this IPO should make companies and bankers more responsible on pricing. However, where were all the activist investors when Paytm, Nykaa, etc were being priced. Paytm is still struggling to be EBITDA positive, forget profits,” said a user on Twitter.

“There’s no reason why Mamaearth would not struggle like Nykaa is,” said Arvind Singhal, Chairman and Managing Director at research firm Technopak Advisors.

“Most consumer brands spend more than they earn on advertising and marketing costs, which often proves to be unsustainable. Expenses grow along with the size and scale of the company. We will have to wait and observe how Mamaearth manages to navigate a tough business model alongside choppy market conditions,” Arvind said.

Marketing expenses made up for more than 40% of the company’s total expenses at Rs 391 crore in FY22, a 2x rise from the previous year.

Will the IPO sail through?

Reports suggest that Honasa Consumer is looking to go public in mid-2023. The timing of this IPO has been a matter of concern, considering the funding winter and the prevailing uncertainty in the market.

“For most companies filing DRHPs, there is pressure from existing investors to exit companies as there is no clarity on when market conditions will improve,” said an investor who did not wish to be named.

For Honasa Consumer too, almost all existing investors, many of whom had invested in 2017-18, want to exit via the IPO, barring Sequoia Capital.

Some of these investors had backed the company from funds that are now nearing the end of their lifecycles, making it imperative for them to sell their investments in Honasa through the IPO.

Some of these investors looking for an exit through the IPO had invested in the company close to 2015. These funds are now reaching maturity, and therefore the pressure to provide an exit.

Sequoia Global, one of Mamaearth’s major investors, will not be selling its shares.

While retail investors may see a few red flags when it comes to the IPO, this may not be the case with institutional investors.

“2022 saw historic high dry powder in the form of funds raised by global fund managers, with deployments and investments trailing behind fund raises. Hence, there is immense deployment pressure for such managers," said Siddarth Pai, Founding Partner, CFO, and ESG Officer of 3one4 Capital. "Given that the majority of the institutional investors take a longer-term view of  a stock, their acceptance of the story will make or break the IPO."

Siddarth added that Mamaearth's ability to project itself as a true D2C brand without overreliance on ecommerce would underpin the success of the listing.

“I don’t believe the market will view this as a ‘bailout IPO’ as (the company has) sufficient cash and momentum to attract investors in the private market,” Siddarth said. "Being the test IPO in such a choppy market will set the tone for the remaining IPOs of the year."