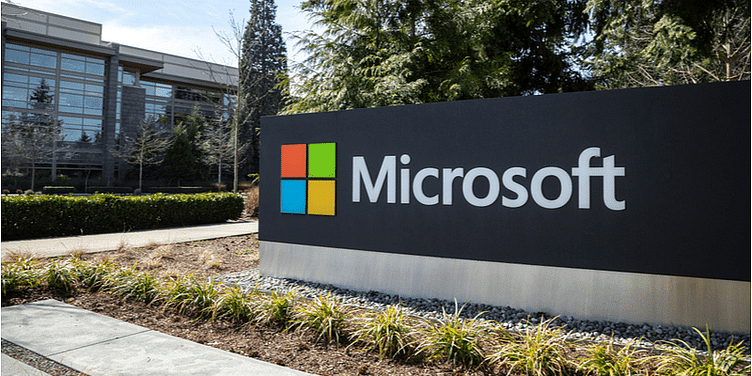 Microsoft is contemplating reducing about 5% of its workforce—over 10,000 jobs—of the more than 220,000 people it employs.

Technology giant ﻿Microsoft﻿ is reportedly preparing to cut thousands of jobs, becoming the latest Big Tech firm to reduce its workforce during a global economic slowdown.

According to a Sky News report, the software giant is contemplating reducing about 5% of its workforce—over 10,000 jobs—of the more than 220,000 people it employs. Microsoft could announce the layoffs globally within a matter of days, the report added.

The tech giant plans to cut jobs in several engineering divisions on Wednesday, a Bloomberg report said, adding that the workforce reduction will be significantly larger than other rounds at Microsoft in the past year, which impacted less than 1% of its workforce.

YourStory could not independently verify the report. Microsoft has not responded to queries sent by YourStory at the time of publication.

The tech world is seeing massive layoffs, and Microsoft is the latest to announce job cuts in the face of a challenging economy.

Recently, ﻿Amazon﻿ disclosed its plan to reduce its headcount by 18,000 globally, or about 6% of its workforce. In November, Meta CEO Mark Zuckerberg announced the social media giant had decided to reduce the size of its team by about 13%, cutting over 11,000 jobs. In the same month, Elon Musk reduced half of Twitter's workforce or about 3,700 jobs.

Microsoft will publish its second-quarter financial results for the fiscal year 2023 after the market closes on January 24, 2023. The announcement of the layoffs is likely to come before Satya Nadella, Chairman and Chief Executive Officer, Microsoft, updates investors on the company’s financial performance next week, Sky News noted.

The Windows maker’s net income in the first quarter was $17.6 billion, down 14%, compared to the corresponding period last year. Its first-quarter revenue was $50.1 billion, up 11% year-on-year.