Can NRIs start up in India? How realistic is this dream? 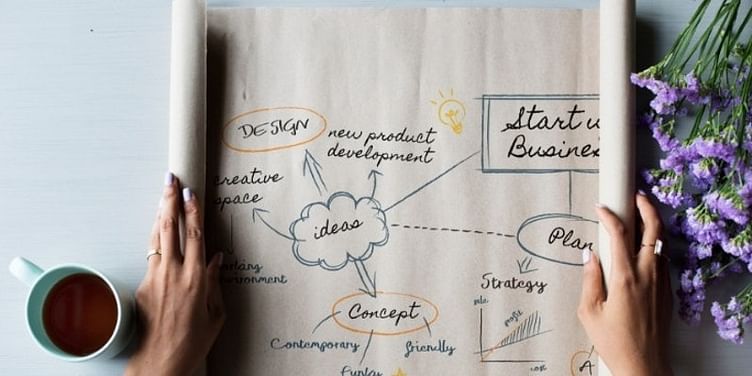 Some NRIs view starting up in India as a happier alternative to the drudgery of immigrant life. But how pragmatic is their dream? This article does a reality check, examining the expectations of NRIs and the challenges they may face as they move to India chasing their dream.

“I will move to India and found a startup. I wish I could explore a business in the US but my visa won’t allow it,” Mitra (name changed) tells me. This 33-year-old immigrant Indian software engineer in San Francisco doesn’t even look at his bank balance when $14,553 gets credited in his bank account every month. He’s happy with his pay but not his job.

“I feel I need to do more engaging work. Or work with my hands,” he says.

This explains why Mitra has been tracking the Indian startup market for the past four years. “India is booming right now!” he gushes. In his mind, starting up in India is a happier alternative to the monotony and constraints of his life as an immigrant.

Mitra is not alone.

The startup wind from India has reached NRIs (non-resident Indians), who see the success of Indians in startups and wish to savour the joyous taste of job fulfilment.

Unfortunately, thousands of NRIs are on restrictive visas; so, they take up (and stay) in jobs they may not enjoy. I am an example. Post my MS, I took up a job at a small software firm, writing test cases, right after a degree in a completely unrelated field—industrial engineering.

This happens because many immigrants prioritise a company that will get them an H1B visa over the need to like the job. But the flourishing entrepreneurship climate in India has given NRIs a reason to cheer. They are looking at India as an elixir that will get them out of boring jobs and/or cure their itch of starting something of their own.

How realistic is this startup dream for NRIs? Are the Mitras from SF ready for it? What makes NRIs an uncomfortable fit for the Indian startup circuit?

Let’s explore the realities of NRIs founding startups in India.

NRIs read about successful startups in India that reached the summit and want it for themselves, unaware of the hustle, the localised skills, the mentorship, the needs, and the heartbreaks it entails to get there.

This is dangerous, because they may be jumping too early, leaving too much behind.

NRIs who have spent significant years abroad have to move mountains and pull up roots to change countries (for instance, selling a home, leaving behind a dollar salary, saving for the absence of the familiar $14,533 every month, and possibly years of convincing the spouse). Then they may move to India only to find that entrepreneurship is a vacuum they weren’t ready to breathe in.

Entrepreneurship is not like taking a dip in the pond in one’s backyard. Thinking ‘I’ll just wing it’ is akin to getting ready for sunbathing and later realising one has to cliff-dive into an ocean. On paper, everyone seems cut out for entrepreneurship. But the reality presents a different picture. It is not impossible, but NRIs may do well to understand that it’s going to be a rocky journey and they better have more than just seatbelts on.

When NRIs move to India, they have to navigate multiple challenges specific to them, and they are by no means bite-sized.

On a personal, and lighter, note, when I moved back to India in 2016 after 13 years in the United States, it took me three months to get used to the social habit of not keeping the door open for the person behind. With time, acceptance made my life easier.

Karan Makhija, CEO of ﻿Intellicar﻿, an IOT and EV startup, talks about how NRIs have to adjust to the work culture in India. “NRIs getting into a business might find they have to deal with a range of motivation in their employees—many people may not be naturally motivated.”

A full-time job abroad gives NRIs a safe trail to trek up, but here in entrepreneurship land, they are chopper-dropped into a forest without a GPS. And even small things hurt.

Vinit Bhansali, Senior VP at Orios Venture Partners, a former NRI, reveals how NRI entrepreneurs are more hurt than others while navigating hiring.

“You don’t get straight answers from potential employees. Their commitment is nebulous and frustrates all, but it hits NRIs harder because we come from a different experience set.”

Hiring in India is a constant stab in the ribs—candidates don’t show up for interviews, they use the job to negotiate elsewhere, and they churn high.

Indian entrepreneurs have learnt a way around it. Some don’t put offer letters in writing, some ask for long notice periods, some have to enforce logging sick leave or reduced holidays or deny work-from-home.

NRIs who view these new policies from the San Francisco Marina district or Manhattan lens find these moves archaic. “I would never do that,” they say. And yet, there is a possibility that they, as entrepreneurs, might HAVE to.

The question to these NRIs is not ‘will you change your morals to fit India?’. The question is: what are you willing to do to get the job done?

NRIs have to contend with quite a few local hustle problems, one of which is networking.

“NRIs have a built-up network abroad but not in India. It takes time to build a network in India,” points out Karan from Intellicar.

Karan advises NRIs to lean on their alumni network, especially if they are from IIT or other premier universities.

Another local hustle is underestimating the complexity of government procedures to set up a company, says Vinit from Orios Ventures. He explains a solution, “You need a middle man. For example, I had to hire a CA and a company secretary to register my company.”

Niranjan Vemulkar, CEO of Yellow, and a Stanford alumnus, suggests getting a local co-founder who knows how to navigate culture and process.

A CEO who chooses not to be named says, “I can’t hire an NRI for being an account manager.” He cannot imagine NRIs dealing with the way in which some clients need to be spoken to or dealt with.

NRIs are not a good fit for client-facing roles where their foreign expertise is not needed or appreciated, he says. They are used to greater levels of efficiency, on-time schedules, and vendor meetings that run on time, thus packing more into a day.

He expands, “I was so used to travelling to clients’ offices and starting meetings on time in the US. I didn’t realise the nuances of meeting start times in India. I realised I had to set aside a whole day for one meeting, instead of expecting three meetings back-to-back, as I was used to in America.”

NRIs come with a different set of experiences and a beautiful vision of the world. However, only a few of them are built for the rough seas of entrepreneurship—these people have ideas, skills, vision, the resilience to implement, and the realism to know what adjustment is needed.

For other NRIs, I have these hard questions to ask: Are you really into entrepreneurship? Or are you looking for a way out of a stuck situation of a visa and a slow but comfortable job?

Karan, Niranjan, and Vinit are successful ex-NRIs, who have learnt to hustle locally. They put people and empathy above logic. This helped them save their vision of being a founder from splintering. They modified their approach while engaging with customers—from a more direct one (like they had done abroad) to a softer and more adjusting schedule that suits the Indian cultural setting.

In my survey of NRIs, the top three fears they have about moving to India are work culture, salary, and work-life balance. NRIs want to attain the nirvana of work-life-balance at the price point of a khokha (crore)—it’s like expecting a Rolls Royce for an Uber ride. It’s not impossible to get a khokha salary, but where did this standard stem from?

“I’ve heard in India people are earning one crore,” they say. This anecdotal hearsay has become a common expectation among NRIs. Such expectations may hinder NRIs from focusing on what they like, as opposed to what they think they deserve.

NRIs are no doubt an asset to the Indian startup world, with their ultra-focus, merit-based approach (you truly get opportunities abroad based on your skills rather than the mercy of the VP who doesn’t like you because you didn’t greet him while exiting the restroom). NRIs, specifically those from in the Valley, have exposure to a vision, a communication style, and a scale and speed that’s found nowhere else in the world. Therefore, they are most welcome in India.

The truth is the difficulties in the Indian entrepreneurship journey are hard even for the Indians. It is much harder for the NRIs to step in, adjust themselves, and snap into business mode in India. Indian business requires some adjustments that NRIs may be able to take on with mentorship in the long run.

Niranjan of Yellow suggests, “Come to India with a full-time job and explore on the side.”

I would say taste before you buy. The option for NRIs is to start where they are, at the comfort of their homes.

Start working on your idea while you are abroad and see where it takes you, before taking the plunge in India.