Reed Hastings steps down as Netflix CEO; subscribers increase to over 230 million 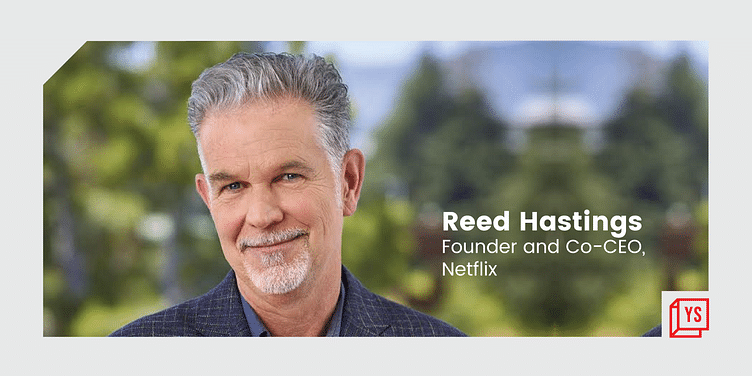 Ted Sarandos and Greg Peters will take over as Co-CEOs of Netflix, while Reed will be the Executive Chairman.

Reed Hastings has stepped down as the CEO of ﻿Netflix﻿ after 25 years. Ted Sarandos and Greg Peters will take over as Co-CEOs, while Reed will continue as the Executive Chairman.

"I’m so proud of our first 25 years, and so excited about our next quarter of a century. We can do so much more to better entertain the world and deliver more joy to our members," he shared in a press release.

"It was a baptism by fire, given COVID and recent challenges within our business. But they’ve both managed incredibly well, ensuring Netflix continues to improve and developing a clear path to reaccelerate our revenue and earnings growth. So, the board and I believe it’s the right time to complete my succession," he added.

He further said the board has been discussing the succession for years now. As part of the process, Ted was made the co-CEO alongside Reed in July 2020, and Greg became Chief Operating Officer.

The statement also mentioned Bela Bajaria would be appointed as the Chief Content Officer and Scott Stuber as Chairman of Netflix Film.

As the Executive Chairman, Reed would be spending more time on philanthropy and will remain focused on the performance of Netflix stocks.

The company, which disclosed its fourth quarter earnings, reported a 1.9% year-on-year growth at $785.2 million. For the twelve months, it reported a growth of 6.5% at $31.62 billion in revenue.

For the first half of 2022, Netflix was losing subscribers. Last year, as a measure to increase its membership, the company added cheaper subscription with an ad-supported version of its platform to cost $6.99, $3 less than the cheapest current plan without ads.

Netflix also cut 300 employees or about 4% of its workforce in July 2022 in a cost cutting measure, which was the second round of job cuts by the company after 150 people were asked to leave the previous month.