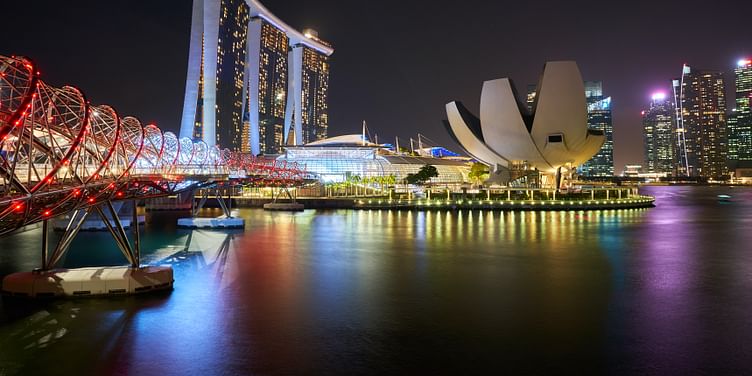 Singapore companies have found good partners from India and have scaled up and diversified their businesses through these partnerships both within India and beyond.

"We are confident that under its G20 leadership, India will put forth an agenda that is inclusive, ambitious, action-oriented and decisive. Singapore will lend our strong support to India's G20 priorities," he said at the 74th Republic Day reception hosted by the Indian High Commissioner here on Wednesday.

"This year India is playing a key role in shaping the global agenda as it assumed the presidency of G20," Gan said, adding that he was glad that such reception was being resumed after the pandemic and reflecting on the progress made in bilateral operations.

The G20 or Group of 20 is an intergovernmental forum of the world's major developed and developing economies.

The theme of India's presidency is "One Earth, One Family, One Future" which shows its commitment to 'Vasudhaiva Kutumbakam' (the world is one family).

"The theme of One Earth, One Future calls on all of us to work together on common challenges we face in today's uncertain global landscape against the backdrop of the multilateral system that is under strain," said Gan.

He further elaborated on the close ties between India and Singapore and their collaboration in many traditional areas such as defence, trade and culture, noting that economic cooperation between the two countries has grown from strength to strength.

Indian companies make up the largest foreign contingent in Singapore, totalling over 8,000, and participate in the city state's prosperity in sectors such as IT Education to logistics and manufacturing.

Even during the COVID-19 pandemic, economic ties between India and Singapore continued to grow.

Singapore companies have found good partners from India and have scaled up and diversified their businesses through these partnerships both within India and beyond.

He cited the example of Capitaland and Phoenix Group for developing business parks in Hyderabad and India's TVS Motor's partnership with Singapore-based supply chain Agro Corp International to distribute motorcycles in Myanmar.

Such partnerships not only help businesses to grow but the two countries together.

"We have also made good progress on collaboration between Singapore Pay Now and India's Unify Payment Interface to enable faster and lower cost fund transfer between our two countries, benefiting both the visitors in Singapore and India," he said.

Singapore and India are also exploring skill development areas given the potential of India's vibrant youths, he said. Among others, Singapore works closely with state governments on vocational education, he added.

"We continue to leverage strong relations and a deep reservoir of trust we share to explore how to expand cooperation and collaboration in new and important areas," he said.

On the regional front, he called for India and ASEAN to work together for the prosperity of Southeast Asian countries.

ASEAN and India have also established a comprehensive strategic position to take regional relations to the next level. There is much scope to step cooperation in emerging sectors including the digital economy, connectivity and cities.

"ASEAN and India must work together to ensure our region remains open, inclusive and prosperous," said the Singapore minister.