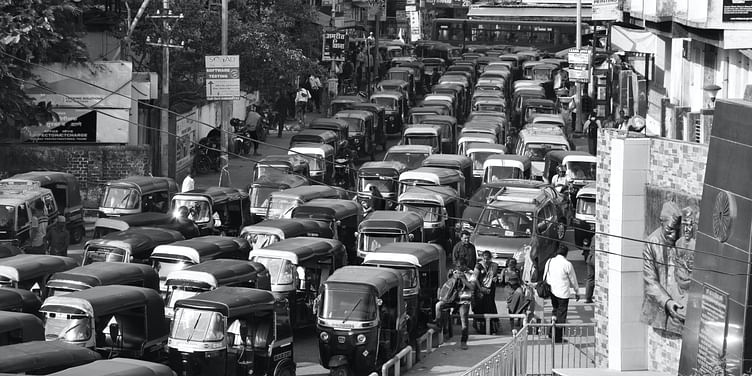 Retail sales of overall vehicles in India grew by 15.28% to 2,11,20,441 units in 2022, led by record sales of passenger vehicles and tractors, the Federation of Automobile Dealers Associations (FADA) said on Thursday.

FADA President Manish Raj Singhania said, "For CY2022, while total vehicle retails grew by 15% year on year and 17% compared to CY20 it failed to surpass CY19 retails, (a pre-COVID year) and registered a fall of 10%."

He added, "The PV category during this period continued to gain new grounds by clocking 34.31 lakh retails during the full year. This is, by far, the highest retails which PV has done till date."

Singhania, however, lamented that the two-wheeler segment once again failed to impress as retail sales during December 2022 continued to fall after two good months.

"With reasons like rise in inflation, increased cost of ownership, rural market yet to pick up fully, and increased EV sales, the ICE (internal combustion engine) two-wheeler segment is yet to see any green shoots."

The FADA president said the three-wheeler segment, which was completely down during COVID, has recovered well and narrowed its gap when compared to CY2019.

"Within the segment it's the electric rickshaw sub-segment that is showing triple-digit growth, pushing the EV market share above the 50% mark," he added.

Singhania said the tractor segment was the only other segment apart from PV which has grown well above calendar years 2021, 2020 and the pre-COVID year of 2019.

"It has also registered a new lifetime high sales of 7.94 lakh units. This feat was possible due to consistently good monsoon, improved cash flow with farmers, better MSP of crops, and the government's focus on better procurements," he said.

On the outlook, FADA said global geopolitical headwinds, tightening monetary policy and the lingering effect of the pandemic have combined to create a gloomy global outlook.

"Auto OEMs have done routine price hikes in December and have announced the same at the beginning of this year. Apart from this, BS-VI phase II norms coming in, there will be further price hikes across all categories," it said, adding that auto OEMs should announce special schemes so that retail sales momentum continues.